Saints leave it late to earn a point against Penybont 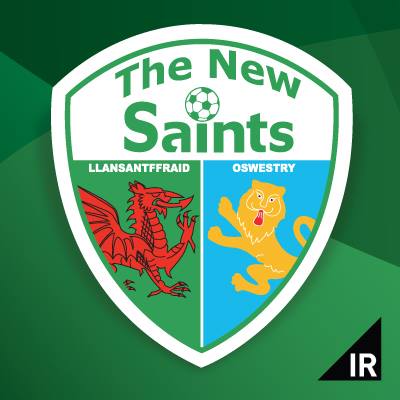 THE New Saints left it late, but came from behind to earn a point on a tough afternoon at the SDM Glass Stadium on Saturday (Sept 11).

After James Waite had opened the scoring for Penybont, Declan McManus came up with the equaliser six minutes from time to rescue his side’s unbeaten start to the season.

Rhys Griffiths’ side started brightly, and Keane Watts had the first chance of the match in the fifth minute. His header from the edge of the six-yard box went close, but ultimately posed no trouble for Paul Harrison.

Then it was the turn of Ashley Evans to go close for the Bont. His strike with 10 minutes gone called Harrison into action for the first time, with the goalkeeper needing to be alert to tip the ball behind for a corner.

Down the other end, a well-worked chipped effort from Declan McManus almost caught out home goalkeeper, Ashley Morris, but the hosts’ number 33 did well to claw the ball to safety.

The summer signing continued to cause problems for the side in blue and white, and watched a 25th-minute effort bundled behind for a corner.

Blaine Hudson was kept busy throughout the first period, and he made a crucial block to turn a James White strike behind for a corner as the half-time break approached.

Just a minute after the restart, McManus had a great chance to open the scoring at the back post, but couldn’t keep his effort down, after he was picked out by Jon Routledge.

Harrison made a comfortable save to deny Watts, before Morris made one of his own to catch a Leo Smith corner, as the two sides looked to make the breakthrough.

And on the hour mark, the opening goal finally arrived, and it was Penybont who scored it.

After some good build-up work on the edge of the TNS box, the ball eventually reached James Waite inside the area. He made no mistake from close range, as he fired his side into a 1-0 lead.

Falling behind sprung The Saints into life, and Ryan Astles went close to equalising with an acrobatic effort in the 75th minute, as the visitors started piling on the pressure.

And with just six minutes to go, Limbrick’s team got their reward, as Declan McManus stabbed home the equaliser at the back post.

The drama wasn’t over there though, as the home side almost retook the lead four minutes later when Kane Owen’s free-kick caused problems for the TNS defence.

There were six added minutes at the end of the 90, but despite their best efforts, The New Saints were unable to find a winner in stoppage time, and were forced to settle for a point.