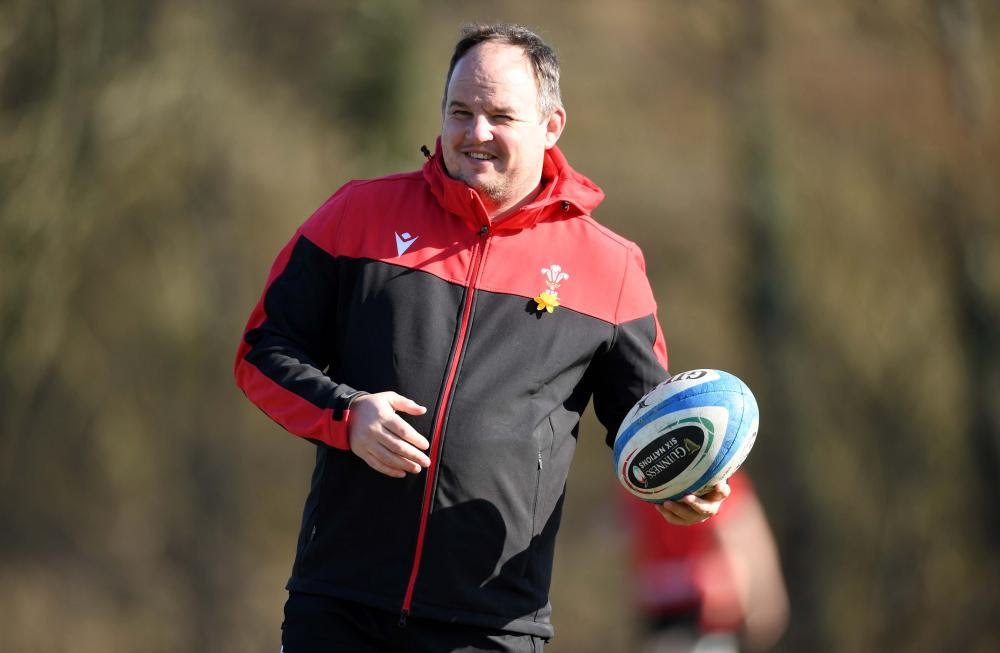 Williams moves full-time into the role from his current position as WRU Head of Transitional Players and head coach of Wales U20.

He has been part of Wayne Pivac’s coaching team since the autumn campaign, combining his roles within the WRU during the Autumn Nations Cup and the recent Guinness Six Nations title success but now moves into a full-time position with the national squad.

Williams has extensive and wide-ranging coaching experience, working across the WRU pathway since 2008.

He spent a decade coaching Wales Sevens on the World Rugby Sevens Series, during which time he helped his country win the Sevens World Cup, as well as assisting Team GB in claiming silver at the Rio Olympics.

His experience with the national squad isn’t confirmed to the last two campaigns either, he also assisted in the 2017 Summer Tour to the Pacific Islands and the 2018 Autumn Campaign.

“Gareth is a coach with a wealth of experience across the game and is hugely respected,” said Wales head coach Wayne Pivac.

“He came into camp with us in the autumn and again in the Six Nations to run the contact area for us and he has done a great job to date and has the respect of the players and the coaching team alike.

“It is great that we are now able to bring him into the coaching team in a full-time role in what is an important appointment for us.

“Gareth has worked across, and has a great understanding of, the WRU pathway the appointment shows the progression and development opportunities that exist for coaches.”

Williams said: “One thing that is consistent across all my experiences in my coaching career is my enjoyment of working with players on the pitch and I’m hugely excited to have the opportunity to do that with Wales.

“From my time as a Development Officer in Ceredigion, coaching Crymych RFC, and at Olympics and Junior World Cups, even following my Dad growing up when he coached Tumble RFC.

“One thing that is consistent, is that I really enjoy the coaching process.

“There are different challenges and performance expectations at whatever level I coach at, but I can’t wait to head towards the RWC with Wayne and continue working with Gethin, Jon, Steve and Neil as a coaching team.”

“I’m obviously delighted to get the opportunity to lead the talented team of coaches, players and staff,” said Cunningham.

“It’s always an honour to represent your country at any level and I’m extremely honoured and privileged to have this opportunity.

“I’ve been working closely with Babs (Gareth Williams) over the last seven or eight months, looking at the depth of talent we have at this age group and helping to structure sessions and preparations which has been in uncertain times and difficult circumstances.

“Babs has done a great job with the U20s over the last few years and leaves the position in a very good place.”

Covid 19: Latest figures show an increase in infections in Wales