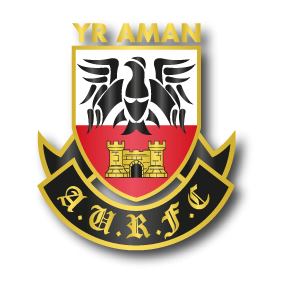 DIVISION 3 West B leaders Amman United extended their advantage at the top of the table to five points with this hard-won victory in atrocious conditions at a rain-sodden Cae William.

The Reds remain unbeaten after registering their seventh win of the campaign.

As mentioned, this was extremely hard work for both sides in the conditions, which inevitably meant large parts of the game developed into a keenly-contested forward battle.

The home side had the better of the first half on the whole, regularly chipping away at the scoreboard as United gave away a few cheap penalties, and the reliable boot of outside half Jonny Davies made no mistake, punishing them with a trio of first half penalties.

Llandeilo therefore went in at halftime with a fully-deserved 9-0 lead. A few choice words at halftime had the desired effect for the leaders it seemed, and they came out for the second half full of positive intent.

The Amman scrummage, which has been going great guns all season, began to turn the screw as the match wore in in worsening conditions, Cian Lewis having a stormer in the United pack.

The pressure finally told on the Ravens, and the only try came in predictable circumstances, as from yet another Amman forward drive, Iwan Davies broke away to go over in the corner. Young outside-half Iestyn Griffiths sent over an excellent conversion from far out.

Griffiths also added a brace of second half penalties as Llandeilo came under mounting pressure and were forced to infringe.

Late on, in the gathering gloom, Amman were probably fair value for the win, but full credit to two sets of mud-splattered players for their sterling efforts in terrible conditions;never was a hot shower more merited.

A consolation for Llandeilo was the losing bonus point they earned. The Cae William side will be at home again on Saturday when they entertain New Dock Stars, while leaders Amman travel to second-placed Penygroes, the sides having drawn at Cwmamman Park earlier in the season.