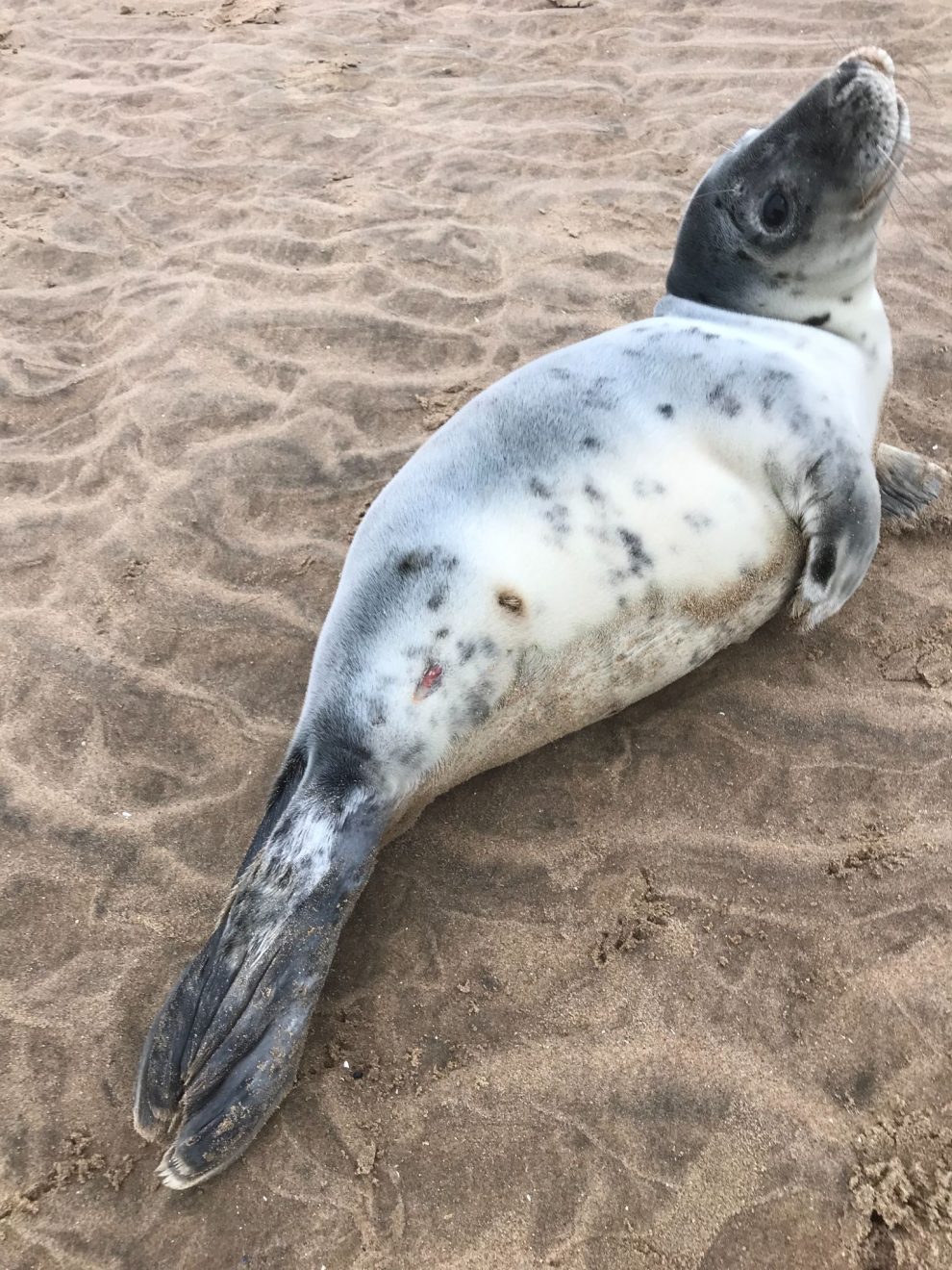 A GREY seal that was found very unwell on the shores of the Gower back in January is set to be released.

But now the rescued grey seal – named Bubble Wrap – is on the mend after weeks of specialist care at RSPCA West Hatch Wildlife Centre. This seal season the staff have been naming the seals after materials – hence the unusual name of Bubble Wrap.

She was found in a lethargic state on Pobbles Bay in Gower, Swansea, on 15 January and was collected by RSPCA animal rescue officer Andrew Harris.

He then took her to RSPCA Llys Nini Animal Centre, where the branch has a seal unit, where she stayed until RSPCA animal rescue officer Ellie West attended.

Ellie, who is also a wildlife officer, said when she assessed Bubble Wrap she was running a high temperature and had very raspy breathing, a thick discharge from her nose and was coughing occasionally.

She said: “She had a few minor puncture wounds but these were superficial – we were much more concerned about her chest infection.

“Vets started her on antibiotics and anti-inflammatories and she was made cooler to bring her temperature down and was tube fed fluids to rehydrate her. She was also steamed with some decongestants to ease some of her breathing.”

She was then transferred to RSPCA’s wildlife centre, West Hatch, based in Taunton.

Paul Oaten, wildlife supervisor at West Hatch, said over the past few weeks, Bubble Wrap has been receiving around the clock care and has improved considerably – but has a little way to go before she is ready to go back into the wild.

“Bubblewrap is in one of our oiled bird pools at present and will need to move onto the deep seal pool to get fit for release,” he said.

“She still has around 5kg to gain before she is at release weight so it may be a week or two before she is ready to be released. But she has been doing well so far and weighs 30.2kg.”

When Bubble Wrap is ready she is likely to be released from Combe Martin in North Devon which for a seal is just a short journey from where she was rescued from.

Bubble Wrap is one of 86 seals (81 grey and five common) admitted to RSPCA West Hatch Wildlife Centre this ‘seal pup season’ – which typically runs from September to March. Paul and the team at the centre are working around the clock to help the seals build up the strength they need to be fit enough to be released back into the wild.

The seals, who have been rescued from across South West England and Wales, are initially brought to the centre’s intensive care pens. The seals are then moved into a pool when they gain weight and begin self-feeding as they get ready for release.

Each seal pup rehabilitated at RSPCA West Hatch can remain in care at the centre for a number of months and during this time the centre will be spending on average £1,000 a week on fish and veterinary care.

The RSPCA advises that if members of the public spot a seal on a beach that they observe them from a distance and do not approach them. Seals are wild animals and have a nasty bite. It is also advised they keep dogs on leads on beaches that have seal colonies too.

If you see a pup whose mother hasn’t returned within 24 hours, is on a busy public beach, or if you think the seal may be sick or injured, please call the RSPCA’s advice and cruelty line on 0300 1234 999.

There is more information on the RSPCA website about what to do if you see a seal or pup on the beach alone.