The pitch was deemed playable by referee David Morgan following a morning of heavy rain but it was evident from kick off that playing conditions would be tricky.

Carmarthen were first to settle and took an early lead in the fifth minute. Given the conditions it was the appropriately named Noah Daley who was on hand to convert from a cross.

Both teams struggled to manufacture clear cut chances as conditions gradually worsened. Daley nearly scored a second on the half hour mark when he shot across goal.

Carmarthen were handed the opportunity to extend their lead in the 34th when the referee pointed to the spot for an alleged handball. Once Ammanford protests had died down Liam Thomas stepped up to send keeper Kyle Marsh the wrong way.

Carmarthen seemed to be coping best with the conditions and effectively put the game to bed in the 40th minute when Matthew Delaney fired into the roof of the net from outside the area to ensure that his team went into the interval three goals ahead.

Fifteen minutes of further incessant torrential rain during the break meant that the players came out for the second half to a pitch that appeared to be barely playable with simple passing proving difficult due to surface water.

The referee appeared content to let the match continue and Carmarthen scored a fourth on the hour when a Jordan Vickers cross from the right deceived keeper Marsh and sailed straight into the net.

Ammanford nearly clawed a goal back a minute later when Danny Birch did well to manufacture a chance for himself in the area but shot narrowly over the bar.

Mathew Fisher was also unlucky not to score in the 66th minute but also fired over.

The end of the match was largely forgettable with both teams having trouble moving the ball.

This was the first of a derby double header and Ammanford will be looking for an improved result when they travel to Carmarthen on Monday, January 2. 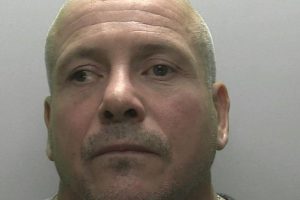