Home > West Wales > Pembrokeshire > The Welsh Triangle: What was seen in the sky back in 1977?
Pembrokeshire

The Welsh Triangle: What was seen in the sky back in 1977? 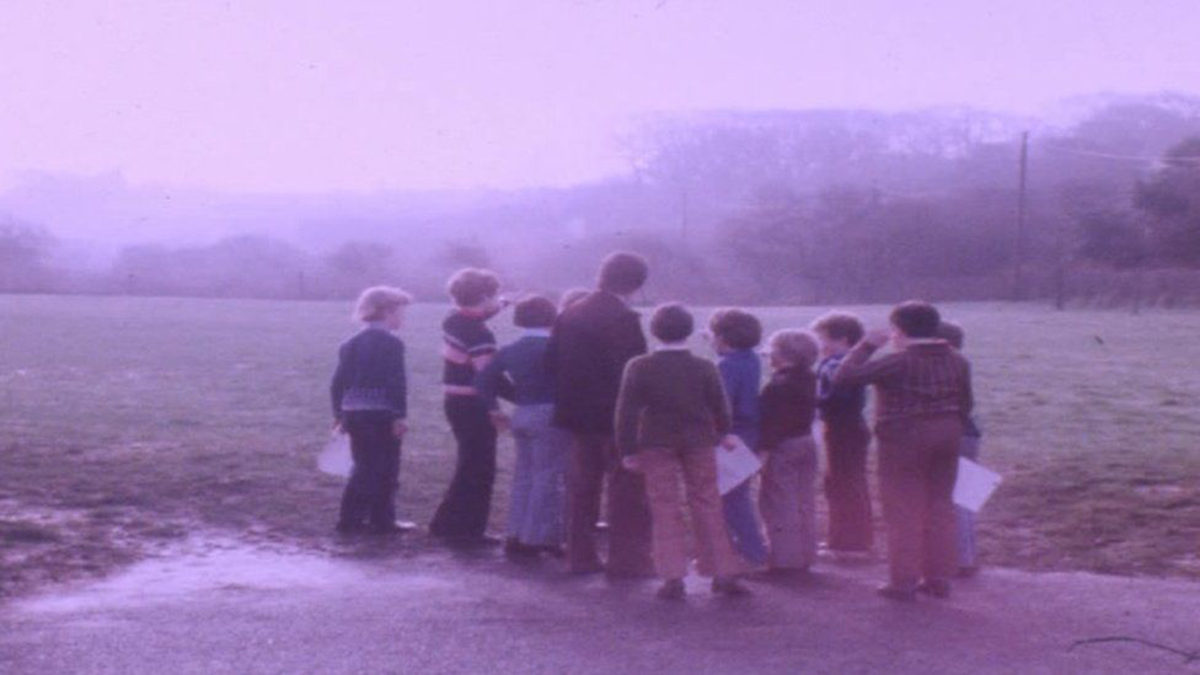 TALES of alien sightings are usually told by lone individuals, usually in a dark and smoke-filled bar if sci-fi films are to be believed.

But back in 1977 at Broad Haven Primary School in Pembrokeshire, a group of pupils saw an object which started a wave of UFO sightings in the area, now called the Dyfed Triangle.

David Davies, who was 10 at the time, had heard the rumours of flying saucers from other pupils on the day, but did not believe them.

Talking to the BBC he said: “I was a natural born sceptic so after the bell rang I decided to go to the area that the children said they had seen it.”

But then he saw a silver “cigar-shaped” craft with a “dome covering the middle third”.

“My sighting only lasted a couple of seconds. It popped up and then went back behind a tree.”

None of the teachers believed the children and so the headmaster separated them and got them to draw what they saw. There were slight variations, but what they drew was basically the same.

Following the sighting, media descended on the quiet village, and as Davies put it, the next few days were a “wild rollercoaster.”

He said: “It went crazy with the media and it was difficult to settle down and actually think about what we had seen.”

One family, in particular, was very severely affected by it all. The Coombs family, who were employed at the Ripperston farm, had a number of very strange experiences.

Among these were sightings of UFOs from their car; a 7-ft silver-suited being with a black visor appearing outside their window; constant mechanical disturbances, including their car and television set repeatedly breaking down and having to be replaced; and their cows seemingly being teleported from one field to another.

Two months later, Rosa Granville, who ran the Haven Fort Hotel in nearby Little Haven, described seeing an object which looked like an “upside-down saucer” and two “faceless humanoid” creatures with pointed heads.

She said so much heat came off it, her “face felt burned”.

“There was light coming from it and flames of all colours. Then [the creatures] came out of these flames, that’s what I don’t understand,” she said.

Somewhat distressed by the encounter, Mrs. Granville wrote a letter to her MP who promptly asked the Ministry of Defence to investigate.

The MP said at the time: “I am being inundated at the present time with representations about UFOs said to have been seen in Pembrokeshire.”

It turns out the RAF were asked to carry out a discreet probe of the area to investigate.

An extract of a private memorandum to the Provost and Security Service of the RAF, [effectively the military police], mentions the number of “level-headed” witnesses to the strange activity.

It reads: “I should be grateful if you would let me know whether you think some sort of discreet inquiry would be worthwhile… or even whether there is prima facie evidence for a more serious specialist inquiry.” The author of the letter adds: “I have not even told the minister I am consulting you.”

Nick Pope, who worked as UFO investigator for the MoD, said: “This bombshell document shows how the MoD’s UFO project asked the RAF Police to conduct a secret investigation into these mysterious events, while Parliament, the media and the public were being told it was of no defence significance.”

Other reports suggest the event may have been down to a local prankster.

Flt Lt Cowan, an officer from RAF Brawdy, visited Ms Granville’s hotel and examined the site, but could find no evidence of a landing. He joked: “Should a UFO arrive at RAF Brawdy we will charge normal landing fees.”

In his report, he mentioned the possibility that a “local prankster was at work” and the description of aliens “fitted exactly the type of protection suit that would have been issued in the event of a fire at one of the local oil refineries.”

This fits in with the account of businessman Glyn Edwards, who in 1996 revealed he wandered around the area in a silver suit in 1977 as a prank.

The National Archives also released files which examined UFO sightings across Wales, and the officials who investigated the Broad Haven sightings suspected pranksters.

“There is general speculation in the neighbourhood that a practical joker may be at work,” wrote staff at S4 – the government department that investigated sightings at the time.

More recently, a former US Navy sailor said the figure in a silver suit was in fact a member of US military personnel wearing their standard fireproof uniform and the UFOs were new Harrier jets flying over.

What did the children see? In their own words:

Michael Mathieson Webb said: “it was silver and a cigar shape with a big dome and a red light flashing on top … We couldn’t believe it at first. One of the boys ran down the hill to tell Sir, but he didn’t believe it. I watched it for between three and five minutes. It had a flashing red light and I’m sure it was a spaceship. It definitely wasn’t a helicopter. Everyone is sure that they saw something. It seemed cigar-shaped with a large dome on the top. I was frightened when I saw it.”

Philip Rees (10) remembered: “Shaun and David [Ward] came running in and said that there was something there. So me and some other boys went up to the top of the playing field. We saw something silver and disc-shaped. There seemed to be a door opening from the object. David Davies [sic, presumably meaning Ward] and Tudor Jones saw a figure. They said it was silver. The object had a dome on top of it, with a light. It was a very dull day, but I did see something. My friends and I asked the headmaster to have a look at the object, but he refused. A couple of my friends saw movement of a figure, but I did not. I was frightened. Two friends, Tudor and David, were very frightened.”

Jeremy Passmore (9) also saw the UFO during lunch break: “I saw the UFO when it was dinner time. It was silvery green and it had a yellowy orange to red colour light. It was a disc at the bottom and a sort of dome on the top with the light on top. It was about 300 yards away. It moved a minute and then disappeared. It did have a noise, but I didn’t hear it. We felt very scared. David George wanted someone to go to the toilet with him. Tudor Jones was nearly crying because he was scared he was going to be disintegrated or something so we all rushed in. Some of our school did not believe us. We tried to make them believe us but they would not.”

Paul Williams was seemingly also with this group and recalled: “We saw something come out of it. It had a helmet. We ran and told Sir and when we went back it wasn’t there.”

Class teacher Mrs Morgan later said:  “I saw it too, you know. It was real! When they went, a little whirlwind of dust came across the playground. It was almost as if they were saying goodbye.”