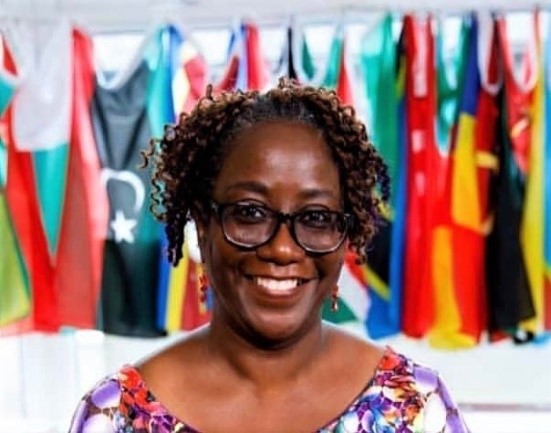 A COLLECTION of recipes bringing together a menu of dishes from around the globe which celebrates the diversity of the Welsh Black, Asian and Minority Ethnic (BAME) community has won a renowned worldwide award. ‘The Melting Pot’ by Maggie Ogunbanwo, has won Best in the World in the Gourmand World Cookbook Awards in the migrant category.

The Gourmand World Cookbook Awards are the largest international competitions in the food sector, with entries from 227 countries and regions. Founded in 1995 by influential Spanish culinary expert Edouard Cointreau, the awards honour the best food and wine books, printed or digital, as well as food television shows and has been likened to the Oscars of the culinary literature genre.

‘The Melting Pot’ is the brainchild of Maggie Ogunbanwo, whose roots are in Nigeria, but who now lives in north Wales, and runs her own business called ‘Maggie’s An African Twist to your Everyday Dish’, making African food products, such as spices and sauces.

Commenting on winning the award Maggie says, “To win this is a dream come true. I cannot believe it, and truly honoured to have won, and to be among the best cookbooks in the world, it’s truly amazing!

“The book is a celebration of the diverse recipes contributed by members of the minority ethnic community in Wales. The recipes draw together flavours, inspirations and traditions from Bali to Zimbabwe and the rich stories behind each dish, recognising food as a universal language through which we can all communicate and share.”

“My thanks goes out to the other 16 contributors who helped me come up with these fantastic recipes, as well as the Welsh Government’s Food and Drink Division for their faith and help with this book. It wouldn’t have been possible without them.”

The cookery book was launched by the Welsh Government’s Minister for Rural Affairs and North Wales, and Trefnydd, Lesley Griffiths at a virtual book launch in March last year.

The Minister said: “A huge congratulations to Maggie who continues to do an excellent job at showcasing contemporary Wales through the eyes of those within the BAME community who are making a valuable contribution to the Welsh food and drink industry.

“’The Melting Pot’ reinforces our rich and varied culture, and I am delighted Maggie has received the recognition she deserves.”

Maggie graduated from the University of Lagos in Nigeria Bsc Hons Microbiology. A PgD in Hospitality Management followed, as well as a PgCE in Food Speciality. She has held several management roles both within and outside the food industry. She then moved on to found and run her own business.

Maggie is also a member of the Food and Drink Wales Industry Board and is able to bring her experience in working with SMEs and diverse knowledge of African and world foods.

£2.5m funding boost to back businesses in the everyday local economy