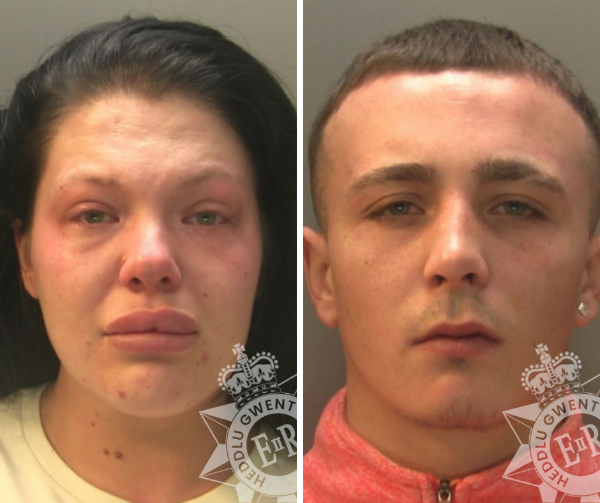 TWO people from Caerphilly have received prison sentences of seven years and six months combined for offences linked to the possession of a dog which killed a 10-year-old boy.

Amy Salter, 29, and Brandon Hayden, 19, appeared at Cardiff Crown Court on Friday 10 June after previously pleading guilty to being in the charge of a dog dangerously out of control causing injury resulting in death.

Officers were called to an address in Pentwyn on Monday 8 November following reports of a dog attack where a 10-year-old boy, Jack Lis, had died.

The family of Jack Lis said: “I want to start by saying that although no sentence will ever be good enough for Jack or our family, we are glad that these people have been taken off the streets.

“This has been the consequence of people wanting a status symbol. This animal was not a family pet, it was not a cute, cuddly member of the family. It was made to be this way and there was absolutely no intent on anyone calming it from the moment it was born.

“Brandon Hayden has laughed in my face too many times. Trying to sell a dog with the same name just doors away from me. This has shown absolutely no remorse or respect to Jack.

“Amy Salter, a mother, allowed this dog into to her house knowing full well what it was capable of.

“More needs to be done regarding the law to prevent these types of owners and to prevent this situation happening again.

“Far too many people lack the knowledge or understanding of powerful breeds and this needs to be addressed.

“I am without my son. I am without his smiles, his stories, his presence. Nothing will ever make up for what this has done to our family. Jack laughed, he played, he told jokes, he deserved to live more of a life than this.

“I could stand here all day and tell you what Jack meant to us and still means to us. We will never stop grieving Jack or loving him. Our love will continue to stay strong.

“So much has been taken from us. Now we must live our life sentence without such a beautiful boy.”

“While this dog was not on the list of banned breeds, it was aggressive and powerful.

“Those who had encountered this dog would have known about its unsuitable temperament and the danger this animal could pose to a child.

“Our priority throughout this investigation was to find who was responsible for Jack losing his life. Our aim was to seek justice for Jack.

“I want to pay tribute to his family, his friends and everyone who knew Jack for the courage and dignity they’ve shown from the start of our investigation. Our thoughts will remain with them.

“Any sentence handed down by the court will not bring Jack back, but his memory of a loving, caring and sweet boy will live on through everyone who knew him.”

Hayden was jailed for four years and six months while Salter received a sentence of three years in prison.

Bank holiday warning: One in ten gardens broken into in Wales