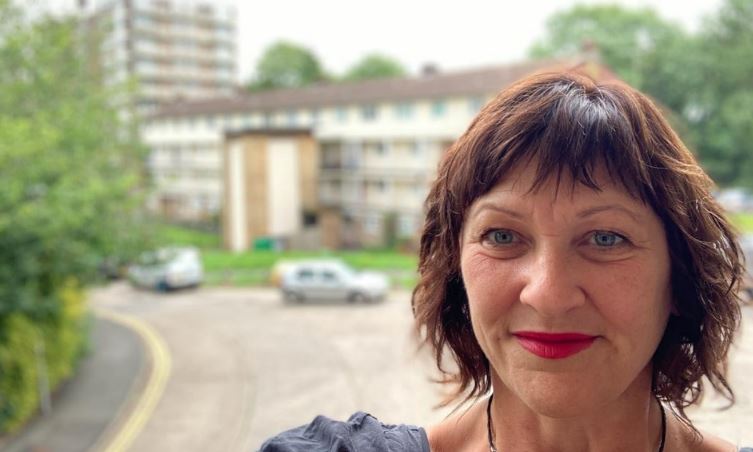 ON 18 June 2021, Catherine Lewis, a Velindre patient and resident of the Hollybush Estate launched a legal challenge against the Welsh Government’s decision to approve plans for a new Velindre Cancer Centre to be built on the Northern Meadows in the Whitchurch area of Cardiff.

Her initial application was refused permission to proceed to judicial review on 21 September 2021 by a High Court Judge.

Ms Lewis is now requesting a review of that decision which will be heard at an oral hearing before a High Court Judge at the Administrative Court in Cardiff on Wednesday 17 November 2021.

The Court previously ordered that Ms Lewis should pay the Welsh Government’s and Velindre University NHS Trust’s legal costs, which at that date, amounted to over £46,000.

Ms Lewis, who lives on a low wage in a council flat in Whitchurch and is only able to work part-time due to her cancer recovery believes that these costs are inappropriately excessive. While the Welsh Government and Velindre are employing very expensive lawyers in the form of a QC and two corporate law firms.

The controversial plans have received widespread opposition from clinicians and the local community who have continued to highlight serious concerns regarding the model of having a standalone cancer centre away from acute medical services.  Clinicians state that this will pose a danger to patients and not allow for the provision of advancements in cancer treatment which are becoming increasingly toxic and require close proximity to an acute ward and clinicians from a wide range of specialisms.

Parallels can be seen with the recently uncovered scandal in children’s cancer care in London.  With NHS England stating that it will adopt recommendations that will see London’s cancer services brought up to national standards in requiring that children’s cancer services must be based in hospitals with full pediatric intensive care units. Campaigners and medics in Wales state the current plans will endanger children receiving cancer treatment and question why NHS Wales and the Welsh Government are not ensuring that these children receive care of the same standard as those in England.

For this reason, it is widely accepted, including by the Welsh Government, that the best option is to co-locate with the University Hospital Wales. The plans have failed to properly consider this option and engage with the medical community both within and outside of Velindre.

The plans only seek to meet a short term need and fail to address the long term needs of cancer treatment, which will trap Wales into an outdated cancer care model. They therefore fail to balance the needs of future generation as required by sustainability principle in the Well-being of Future Generations (Wales) Act 2015

Moreover, the construction will take place on the Northern Meadows, an important and sensitive habitat to a wide range of fauna and flora, many of which are protected.  The meadows are surrounded on three sides by a nature reserve that an access road will cut through, which includes one of Cardiff’s largest and oldest heronries. The Welsh Government has a non-deferrable duty to seek to “maintain and enhance” certain listed living organisms and habitats under the Environment (Wales) Act 2016.

Campaigners plan a demo outside of the Court starting from 9am on Wednesday, which will include a samba band.

Over a million people in Wales are now fully vaccinated, figures show