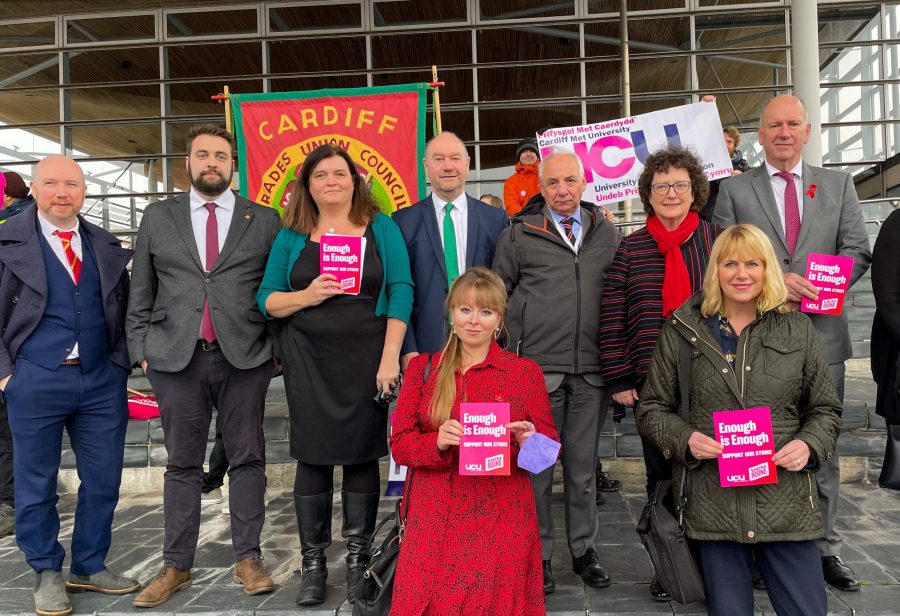 LOCAL Plaid Cymru politicians stood in solidarity with striking university staff at the Senedd this week, as over 70,000 staff from over 150 universities across the UK undertook three days of striking action over attacks on pay, working conditions and pensions.

The strike, organised by the University and Colleges Union (UCU), was the biggest in the history of higher education, and saw protestors gather en masse in London and Cardiff, as well as picket lines on university campuses, including in Aberystwyth and Lampeter.

The strikes come after UCU members overwhelmingly voted ‘yes’ to industrial action in September in two historic national ballots over attacks on pay and working conditions as well as pension cuts.

In September, Aberystwyth University, along with other employers, offered a standard three per cent pay increase. UCU’s demands, however, include a pay uplift of 12 per cent or Retail Price Index (RPI) plus two per cent, an agreed framework to eliminate insecure work practices such as zero hours contracts, and action to address dangerously high workloads.

The protest at the Senedd on Wednesday 30th November brought together a range of university staff, students and supporters, as well as many politicians.

Elin Jones, Member of the Senedd for Ceredigion said:

“I welcomed the opportunity to stand in solidarity with striking university staff. As the cost-of-living crisis intensifies, it’s clear that the current pay offer to university staff does not go far enough, and many will struggle financially over coming months.

Whilst staff in Aberystwyth and Lampeter are working hard to deliver an exceptional experience for their students, more and more are struggling as a result of falling pay, pension uncertainty and insecure work.”

“Universities’ roles as vital employers across Mid & West Wales cannot be understated. No-one – including the university staff – wants industrial action, however the fact that the strike took place indicates the strength of feeling and frustration within the sector. At this time of growing financial hardship, I stand with the UCU staff and hope their demands will be met by universities.” 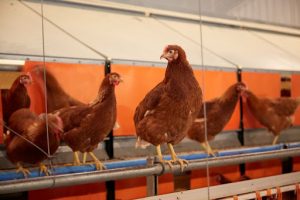 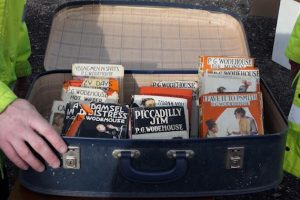