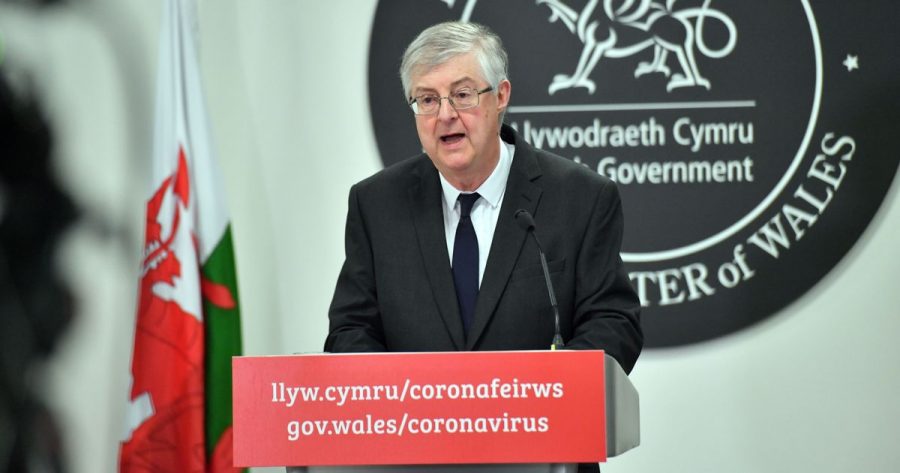 Welsh Government officials reveal that First Minister Mark Drakeford tested positive for Covid-19. As he recovers, the 68-year-old is now working from home.

The announcement arrives before to this week’s British Irish Council meeting, which Mr. Drakeford typically attends. It is also unknown if he would participate in the Senedd’s weekly question-and-answer session in plenary on Tuesday.

According to the latest statistics from the Office of National Statistics, Wales currently has the lowest rate of Covid infection in the United Kingdom. The projected number of persons in Wales who tested positive for the virus for the week ending October 24 was 77,500, which corresponds to 2.55 percent of the population, or almost one in forty individuals.

This is a decrease from the previous week, when an estimated 86,100 (2.83%), or around one in 35 people in Wales, had Covid. The ONS reported that England’s infection rate likewise decreased, but Northern Ireland’s increased and Scotland’s situation was classified as “uncertain.”

A Welsh Government spokesman said: “The First Minister is currently working from home after testing positive for Covid. Whilst not a legal requirement, it is important that anyone that does test positive isolates whilst recovering. We encourage everyone who is eligible to take up the offer of a Covid booster vaccination”.

Approximately one in every 35 persons in England tested positive for coronavirus for the week ending October 24, a decrease from the previous week’s figure of 1.75 million.

Cardiff developer install pergola at Lansdowne surgery for community use
This week, millions of people will get their cost-of-living payments.