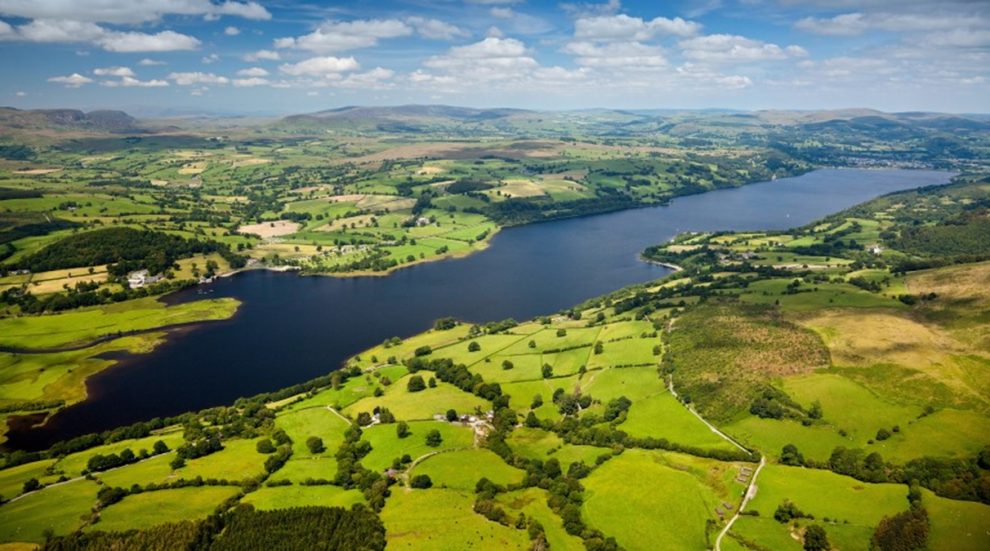 AS far as mythical creatures in Great Britain goes, you’d find it hard to top the legend of the Loch Ness Monster.

For decades researchers, tourist and monster hunters have tried to find proof of the giant beast which supposedly lurks below the water.

However, if stories are to be believed, a Welsh monster may be calling Bala Lake in the Snowdonia National Park its home.

Reports of an amphibian up to 12ft long, so-called Teggie of Llyn Tegid, which date back as far as 1975, all report a similar “Nessie” looking creature only on a much smaller scale.

Dewi Bowen, a former Lake Warden at Llyn Tegid said in 1975, said: “All of a sudden I saw a greyish object moving in the water. Whatever it was, it was 8 feet long and had a small hump in the middle. It was moving towards the Llanycil (eastern) shore.”

“I jumped into my car and drove to the point where it thought the object would come ashore, but I was unable to locate or see it again. When people pressed me afterwards for a description of the object I saw, I told them that it looked more like a crocodile than any other creature.”

Beasts of Britain author, Andy McGrath, said: “I have a theory that these creatures populate most lakes, lochs, rivers and coastal waterways in the UK and that, as amphibious animals, they can move over land when necessary to feed or breed in other bodies of water or Use Rivers, which connect to other lakes and the sea, to find fresh feeding grounds or a mate.

“Perhaps they could also be nocturnal hunters, protected by the darkness and minimal night-time lighting that is common in rural areas of the UK. Perfect conditions for a shy and elusive animal to thrive in.”

Another witness from 1992, known only as B Vickers in the press, said: “My encounter with the monster took place when I was 14 in the summer of 1992.

“It was twilight and I was on the shingle beach of the lake, in front of the Catamaran Club, looking for flat stones to skim on the lake’s calm surface.

“Without thinking, I suddenly turned a full 180 degrees and looked straight at the monster. The reason for my sudden turnaround was because it was looking right at me.

“It was about twenty metres away, it’s black head and neck clear above the surface of the water. The instant I saw it, it ducked under.

“My first thought was that a diver was playing a hoax, swimming under the surface with a Loch ness monster head. I immediately disregarded this for two reasons.

“Furthermore, there were no tell-tale bubbles indicating the presence of an artificial underwater breathing system. It looked to me like a plesiosaur and I would estimate its length to be approximately twelve feet.”

Another witness, who wished to stay anonymous, also had an experience: “When I was about 15 years old, my friends and I went camping to Bala lake, we used to go to the Pant yr Onnen campsite on the opposite side of the lake about two thirds of the way across.

“Anyway my friend Nigel and I decided to swim the width and back one particularly warm day, so we set off with a football to help in case we got tired.

“Having made it to the far shore we then set off back to the campsite, when half way across a large creature between 12ft and 14ft in length swam underneath us.

“At first I thought it was a large sheet of polythene but then noticed it had fins/flippers on the side which it was using to propel itself downwards.

“It soon disappeared into the murky depths and we took one look at each other and swam back to camp in blind panic!

“No one believed us of course but we both knew that we had seen something totally inexplicable that day, which was only fueled the next day by seeing a very large, dead pike on the shore with large bite marks on it.”

In 1995 the mystery prompted a Japanese film crew to stage a three day investigation of the lake, although their mini submarine found nothing.

Another theory is that secret military experiments were carried out with seals at the lake, training them to plant limpet mines or strap them with dynamite to attack targets and some escaped.

Just like the Loch Ness monster, no hard evidence has ever been found, but if you’re in the area, think twice before taking a dip – you might become a monster’s snack! 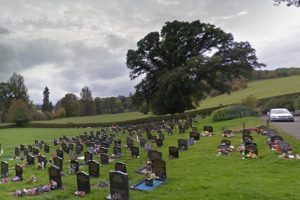 Red kite released after shot bird was rescued and rehabilitated
Madoc: The Welshman who found America 300 years before Columbus
Comment