SCHOOL pupils and local councillors were among those visited by Police and Crime Commissioner Christopher Salmon in St Davids on May 16.

His Your Voice day of activity in and around the city saw him talk with others such as members of Dyfed- Powys Police, a Church in Wales figure and tourism specialists. Additionally, a surgery at Ysgol Dewi Sant saw Mr Salmon meet individuals privately with 30-minute appointments. Mr Salmon said: “Your Voice St Davids was all about me gaining a greater understanding of the needs of local people. It was a people-focused day; as their voice in crime and policing I need to understand their thoughts. “Specific matters raised included keeping young people active, busy and engaged with the community, vandalism, police visibility, accessibility and communications, and the Commissioner’s Fund. “The overall message was that Dyfed-Powys is a safe part of the world and that St Davids is possibly the least troublesome corner of Dyfed-Powys. “It was great to get the thoughts of people from St Davids there are many who care greatly about the area and who are doing good work.” Those who met Mr Salmon  included city councillors, PCSO Jude Parr and Police Sergeant Catrin Thomas, students, staff, governors and headteacher David Haynes at Ysgol Dewi Sant, and students, staff and deputy headteacher Sharon Osborne at Bro Dewi Primary School. At St Davids Cathedral he was interviewed by David Hammond- Williams, a writer with diocesan newspaper Pobl Dewi, and at Oriel y Parc he spoke to manager Paula Ellis. The venue was preparing for the launch of its Dylan Thomas-themed art exhibition of works by Peter Blake. The Commissioner oversees an annual Dyfed-Powys policing fund of around £100m. As the elected voice of the public, he makes the police answerable to the communities they serve. In his first 18 months in office, his key achievements have included more police officers, improved access to the police, reduced policing costs, the launch of the Commissioner’s Fund for community initiatives and a launch grant for a rural policing centre. Mr Salmon has 12 “Your Voice” days through 2014 three in each Dyfed- Powys county of Carmarthenshire, Ceredigion, Pembrokeshire and Powys. The schedule includes a visit 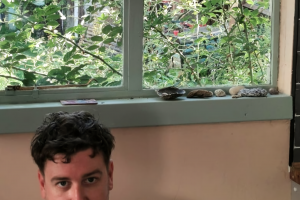 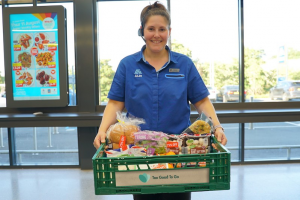