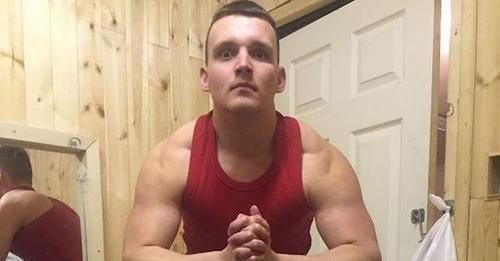 Bradley Bullock, 26, of Newport, was released under investigation and went on to sexually assault members of staff at a mental health hospital

After flooding her with drink, a 15-year-old girl was taken advantage of and raped while she was throwing up. After being sectioned, he also sexually attacked staff members and a patient at a mental health facility.

After being detained on suspicion of rape, 26-year-old Newport resident Bradley Bullock was freed under investigation, enabling him to continue committing other sex offences. At the hospital, he also threatened to kill his victims, claiming that he would “slit their necks and rape their children.”

At a sentence hearing on Wednesday, Cardiff Crown Court heard that the rapist’s victim was very inebriated and that the jury “gasped” when they saw a video of her state during Bullock’s trial. She stated the following in a victim personal statement given in court: “I told the defendant no and since the night it happened things changed. I needed to be near my mother and day to day felt routine suffering. I lost time in my life, was stared at the street and I now avoid people. I hope I am at an age where I can move on with my life and make my parents proud.”

Additionally, testimonials from staff members who were sectioned with the defendant and who feared for their lives and believed Bullock truly meant to harm them were read out in court. One victim said that after requesting security measures for her home from the police, the fire department sent a fire guard. The attacks, according to a hospital management, had a “huge effect” on the personnel, some of whom would call in sick as a result of the mistreatment they had endured.

In Stelvio Park Court, Bullock was found guilty of rape, murder threats, and sexual assaults. Additionally, he admitted guilt to the robbery and burglary offences that he and his co-defendant Macauley Davies committed after the latter was released while a second investigation was underway. Bullock had 34 prior convictions, according to the court, including eight abduction notifications after having kidnapped eight young females.

Byron Broadstock, a defence attorney, said that his client had not premeditated the rape and referred to the offence as “opportunistic.” According to him, the accused claimed to have “met the devil” there and that his victims were people he had known in a previous life. Bullock and his family experienced “tragedy” when he was a youngster, the lawyer further said in court.

Bullock had committed a “record of the most terrible offences,” according to Judge Niclas Parry, who expressed great worries about his release back into society when he handed down the sentence. The judge continued: “The court expresses its utter dismay over the fact that after committing a serious rape of a helpless victim, you were released while an investigation was ongoing, went out into the community, committed additional sexual assaults, and repeatedly threatened to kill staff members. Once more, you were freed under investigation just to later conduct robbery and burglary offences.”

Bullock received a 10-year sentence altogether, with a four-year extended period of probation. Before being given the chance to be released on parole, he must complete two-thirds of the sentence. A permanent injunction to avoid sexual harm was also placed on him.