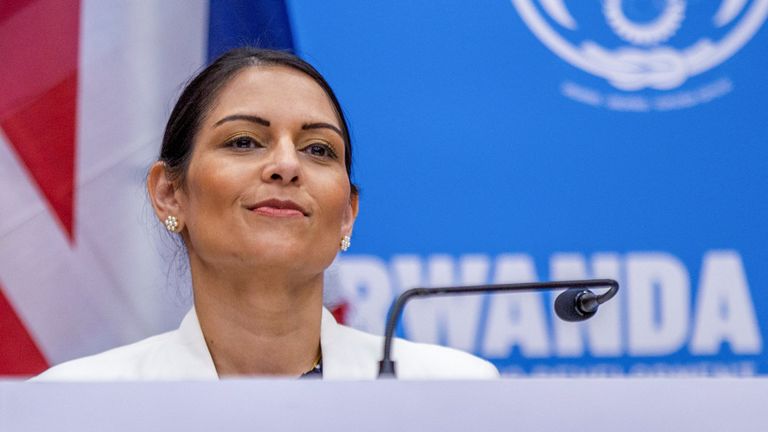 A UNION challenging the Government’s controversial policy of deporting people to Rwanda said it hopes it can win an appeal to stop the first flight taking off this week.

A High Court ruling on Friday paved the way for a flight to the east African country to go ahead on Tuesday but an appeal against that decision is due to be heard on Monday.

The immigration policy has come in for criticism from various groups, with even the Prince of Wales said to be “more than disappointed” by it, amid reports that he privately described the move to send migrants to Rwanda as “appalling”.

The boss of the Public and Commercial Services union (PCS), which represents more than 80% of Border Force staff, said the “legality of these proposals” must be tested, but added there is also a need to debate “the morality and lack of humanity that the Government is demonstrating” with its approach.

Up to 130 people have been notified they could be removed, and on Friday the court in London heard that 31 people were due on the first flight, with the Home Office planning to schedule more this year.

The first claim against the policy was brought by lawyers on behalf of some asylum seekers alongside the PCS, as well as groups Care4Calais and Detention Action, which are challenging the policy on behalf of everyone affected.

Mr Justice Swift on Friday ruled against granting a temporary block to the policy until a full hearing next month, but granted the claimants permission to appeal against his decision, suggesting Court of Appeal judges would hear the case on Monday.

PCS general secretary Mark Serwotka told Sky’s Sophy Ridge On Sunday programme: “We hope we win tomorrow in the Court of Appeal to stop the flight (on Tuesday).

“But, of course, the legality of these proposals will only be tested out at the full court hearing in July.

“We’re absolutely confident that in July, in line with what the UNHCR (UN Refugee Agency) said very graphically in court, we believe these proposals will be found to be unlawful.”

He said Home Secretary Priti Patel would not ask civil servants to carry out the policy before its legality had been tested in court if she “had any respect, not just for the desperate people who come to this country, but for the workers she employs”.

Asked if he was personally comfortable with the policy, he told the same programme: “Yes, I am, actually.”

He said: “The reality is this is a policy that is going to deliver to ensure that modern slavery and these people smugglers know that their criminal methods will be broken down, and saying to people around the world ‘if you are a refugee, if you are an asylum seeker, if you are a legal migrant coming to this country, we want to give you the support to properly help you be part of the UK economy, part of the UK way of life, which is what you want’, and that’s right.”

He said it would not be “appropriate” to comment on “rumoured” criticism from Charles.

A Clarence House spokesman has insisted Charles “remains politically neutral”, adding that “matters of policy are decisions for Government”.