Home » Dragons on the winning trail 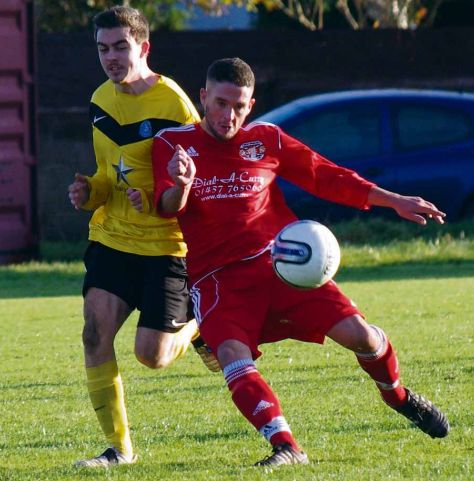 THE West Dragons continued their strong march up the league table with another three points against struggling Hundleton.

The newly promoted Dragons now lie in sixth place in the league table, and are only six points behind the leaders. They can’t have expected to be riding this high in the league as we reach the midway point of the season.

But, against everyone’s expectations, it was Hundleton who shocked the home side and opened the scoring after 30 minutes when a lofty Thomas Powell cross picked out Mark Edwards and the ball somehow found it’s way into the net off of his shoulder. The visitors looked as shocked as everyone else to be in the lead.

The Dragons regrouped and regained their composure but it took until just after the break for them to finally get the equaliser they so desperately sought. The goal finally came when Gethin Roberts supplied a cross to Jamie Palmer who kept his composure to score a cracking goal from close range.

The three points were just about secured for the Dragons after the hour mark when Ewan Cunningham played the ball to Lee Palmer in the box and he made no mistake in rifling the ball past Dan Griffiths and right into the back of the waiting Hundleton net.

No one can be surprised by this result but Hundleton can feel a tad hard done by, they played with resilience and character but, for some reason, luck their luck just isn’t in at the moment. Hopefully Hundleton can focus on the positive of this match and turn their season around.