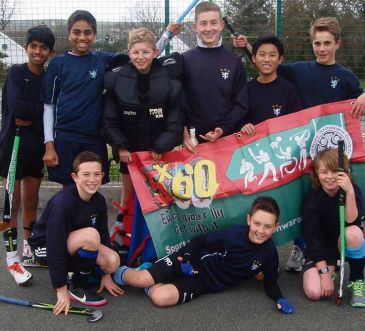 This was the second year in a row that the STP had tasted success in this tournament. The boys topped a group containing Milford School, Ysgol Bro Gwaun, Ysgol y Preseli and Ysgol Bro Gwaun with three wins and a draw, before beating Ysgol Dewi Sant 3-1 in the final, thanks to a hat trick from Jack Evans.

5×60 is a Sport Wales initiative to encourage more young people to participate in Sport and Physical Activity and is managed by Sport Pembrokeshire, the Sport Development arm of Pembrokeshire County Council.