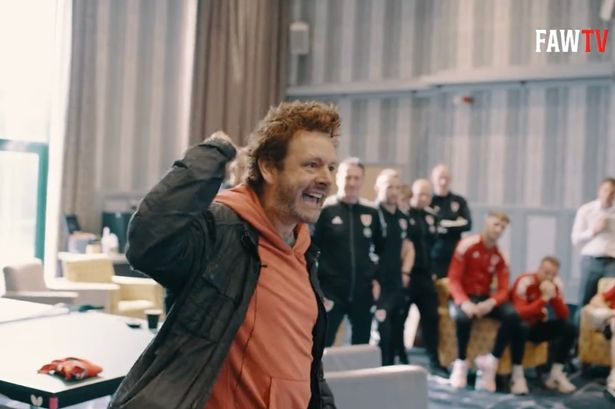 The inspiring speech Michael Sheen gave to the Wales football team has been remixed by a Welsh DJ, and it sounds fantastic.

DJ Josh Morgan took Sheen’s words and mixed them with “Time” from the movie Inception, which is one of Hans Zimmer’s most well-known pieces.

Sheen’s words on their own are emotional and send chills down your spine. When added to the emotional score by Zimmer, who won two Oscars, it becomes something else entirely.

When Sheen’s dramatic, emotional, and rising and falling voice is combined with the composer’s captivating music, the effect is even stronger.

So, if you thought Sheen’s speech in front of an obviously moved Wales team was the best thing ever, it seems that DJ Josh Morgan’s exciting remix has taken the actor’s electrifying words and turned them up a few notches.

Last month, Sheen met the Wales team at their training centre, where manager Robert Page gave him a Wales shirt with his name on the back.

To shouts of “Speech, speech!” from the Wales players and ballroom staff, the well-known actor took the centre stage and said that he would be doing the team a disservice if he didn’t say something before they left for Qatar.

He then summed up the spirit of 1958 and Jimmy Murphy’s boys to give a speech that used his inspiring words from a TV sports quiz show. A League of Their Own and added even more magic, passion, and fire to it.