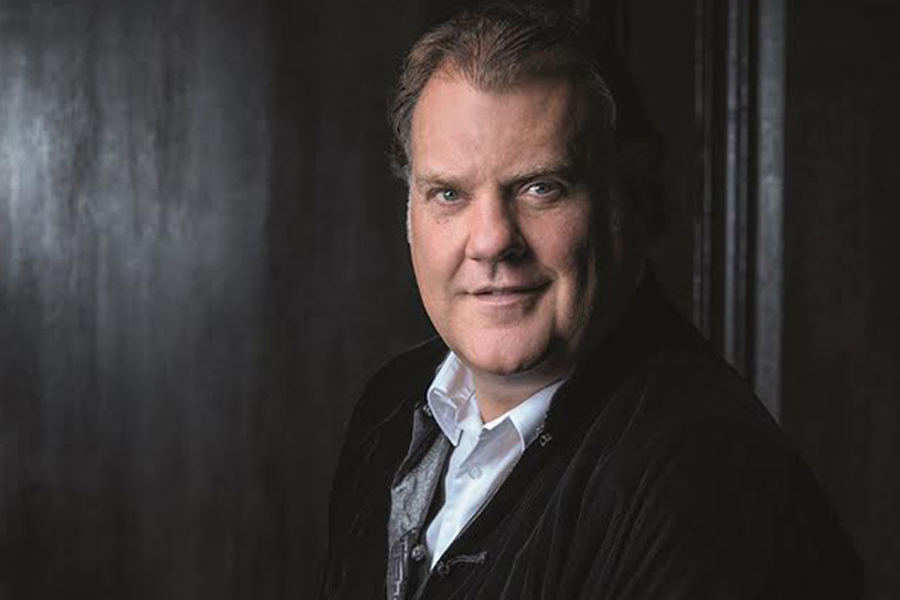 Celebrate a St David’s Day like no other with the world renowned singer and the BBC National Orchestra of Wales on Monday 1 March  at 7pm on BBC Two Wales along with a host of other programmes on the BBC.

The Grammy Award-winning opera singer, Sir Bryn Terfel, has performed all over the world and this St David’s Day the Welsh bass-baritone will be celebrating in the Welsh capital. He’ll be joining the BBC National Orchestra of Wales at Hoddinott Hall in Cardiff for a special concert packed-full of Welsh classics and favourites that will be broadcast on BBC Two Wales, BBC Radio Wales and BBC Radio Cymru.

Looking ahead to the concert Sir Bryn Terfel said: “Singing is in my people, as sight is in the eye” is a quote from “How Green Was My Valley”. It costs us nothing to sing along and even though there are only three million of us, we are certainly not afraid to use our voices. This concert has many of our cherished songs and folk tunes and to perform live again with our incredible BBC National Orchestra of Wales fills my heart with gladness”.

The special concert is just one part of BBC Wales’ extensive range of output on St David’s Day. A brand new series The Story of Welsh Art with Huw Stephens will take viewers on a breath-taking visual tour of the nation, from stunning bronze-age artefacts to award-winning cutting edge contemporary pieces.

Comedian and presenter Tudur Owen takes a look at how the people of Wales have celebrated the day over the years – from delicious dishes to questionable dancing – as he explores the BBC archives for a St David’s Day special of Tudur’s TV Flashback.

In addition to broadcasting the St David’s Day concert with Bryn Terfel, BBC Radio Wales and BBC Radio Cymru will be asking listeners what little things they’ll be doing that bring them joy this St David’s Day, as well as celebrating the day with a host of special guests and content.

“Despite the challenging circumstances for everybody, St David’s Day is always worth celebrating and this year we’re pulling out all the stops.

“We’re thrilled that Sir Bryn Terfel is joining the BBC National Orchestra of Wales for what will be a rousing concert of Welsh music and song, and who better than Huw Stephens to share the Story of Welsh Art with audiences right across the UK. It promises to be a day – and a night – to remember and a timely reminder of the extraordinary talent Wales produces.”

BBC Four will be kicking off the celebrations early with a Friday night of Welsh music icons on Friday 26 February. Programmes include Katherine Jenkins at 40, St David’s Day at the BBC, Tom Jones’s 1950s: The Decade That Made Me, Electric Proms featuring Shirley Bassey and Radio 2 in Concert featuring The Stereophonics.