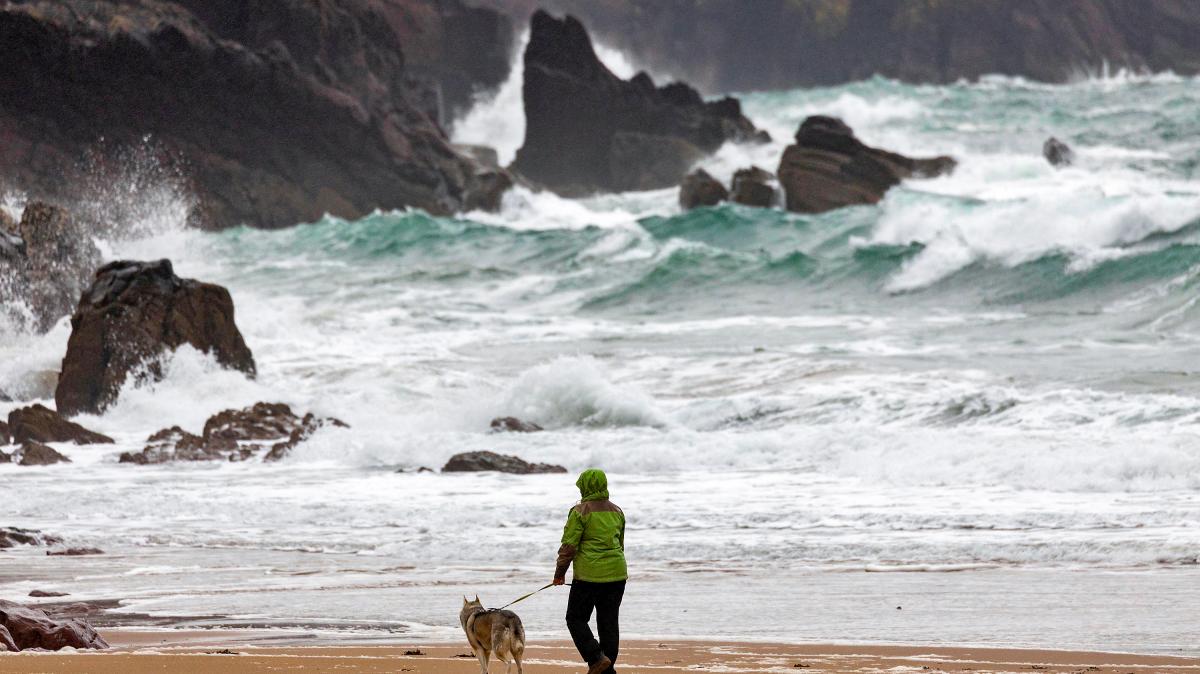 STORM EUNICE, forecast to hit Wales on Friday, February 18, will bring 100mph winds to coastal parts of the country.

Those winds are expected to effect electricity supplies, damage homes, cause coastal flooding and bring chaos to road and rail travel.

The strength of the winds has resulted in The Met Office issuing an amber weather warning, with a “very rare” red warning now in place between Swansea and Chepstow.

The red warning means that the public is now being warned to stay indoors to protect themselves from flying debris.

Natural Resources Wales (NRW) have warned of many potential flood warnings across all coastal areas of Wales.

Ross Akers, Duty tactical manager for NRW said: “Forecasted high winds could cause a storm surge and large waves which could lead to the overtopping of flood defences along the coast.

“We are monitoring the situation very closely, but we are concerned that if the forecast does materialise, then we are likely to see significant flooding impacts in many places along our coastal areas.

“Keep a safe distance from coastal paths and promenades as large waves can sweep you off your feet or you can be hit by debris.”

It stops here. Ending the physical punishment of children in Ceredigion