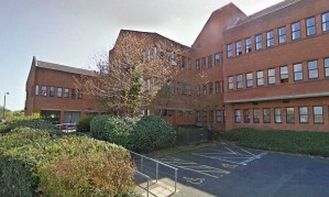 A 77-YEAR-OLD Pembroke man was disqualified from driving by Haverfordwest magistrates on Tuesday.

Mr David Weale told the court that Gwyn Godfrey Brown, of Jogram Avenue, was stopped by police as he drove his Rover car along Jogram Avenue on October 28. He was found to have 66 microgrammes of alcohol in 100 millilitres of breath. He pleaded guilty.

Mr Kelleher, defending, told the court that Brown had been out for a celebratory meal with his partner and had overstepped the mark thinking that the food would absorbed some of the alcohol.

He continued by saying that Brown had a previous conviction, but refused to attend a drink driving course as he would not have been unable to get there, but would do so this time.

On giving a three year ban and fines totalling £215, magistrates told him to complete a drink driving course before reapplying for his licence.