NORTH WALES FIRE & RESCUE SERVICE has tackled a fire at a bungalow on Lon Ceredigion, Pwllheli. The blaze was brought under control by around 18:30 HRS on Friday (Jun 18), a spokesman said.

The rescue service posted on Facebook saying: “Due to the severity of the fire and residual heat, it is likely there will be smoke emitting from the premises for several hours.”

Phorographs of the wrecked home were released by the authorities.

On Facebook NWF&RS said: “These are photos of the damage from the fire in Pwllheli this afternoon, thought to be caused by radiated heat from a hairdryer placed in a drawer. Thankfully no one was hurt.

“Please ensure that you allow any electrical appliances to cool down fully before storing them away.” 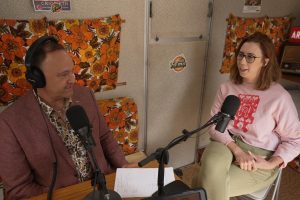 Mum of two on life on the pandemic frontline after qualifying as a nurse
Menai Bridge: the first suspension bridge in the world
Comment