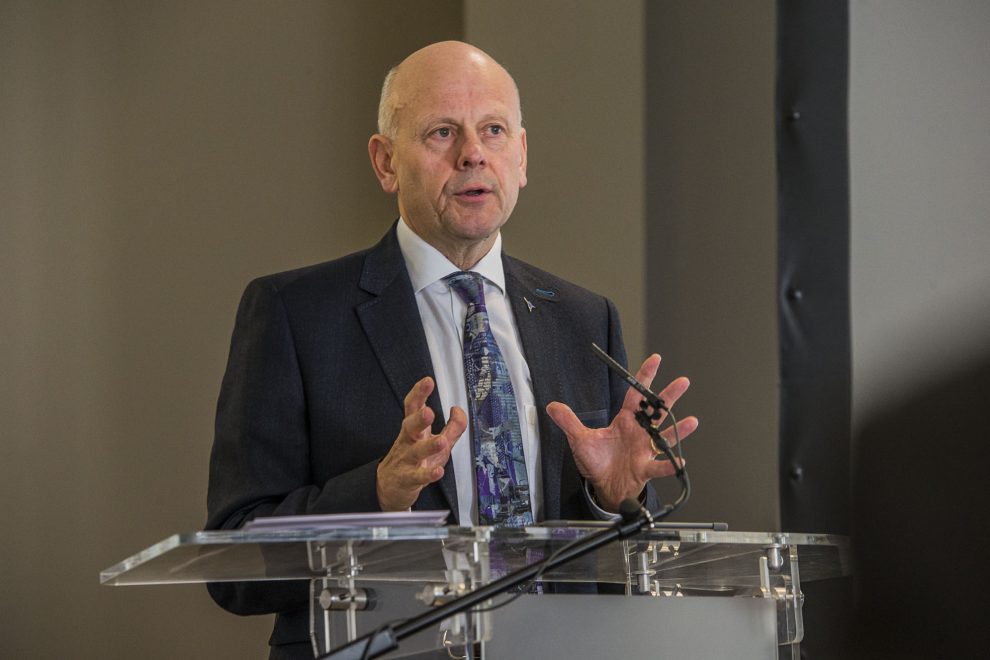 THE CRISIS in social care has claimed another victim with the closure of a care home in the Wrexham area.

Mario Kreft MBE, the chair of Care Forum Wales said the loss of the 28 much-needed beds at Trewythen Hall Care Home in Gresford was a disaster for the vulnerable residents and their families.

The home closed its doors just before Christmas after working with Wrexham County Borough Council to find alternative accommodation for the residents.

It comes at a time when hospitals like the Maelor in Wrexham are at breaking point because of so-called bed-blocking with patients unable to be discharged after their medical treatment has been completed.

As a result, there are very few hospital beds available for incoming patients, many of whom have to endure being kept in ambulance outside or on trolleys in corridors for hours on end.

Things are so bad that the Welsh Government has been urging hospitals to discharge patients without the usual care packages being prepared – something that has been challenged by the British Medical Association.

Domiciliary care providers in Wrexham are also struggling and Care Forum Wales revealed several had handed back their contracts to the borough council because they were not economically viable and a shortage of staff.

In a message to families, Trewythen Hall, which opened in the early 1980s, said they had had been forced to shut their doors because they were not able to recruit enough workers.

According to Mario Kreft, the problems in recruiting and retaining staff were affecting the whole of the social care sector and he feared other care homes would be following suit in shutting their doors.

The root cause, he said, was that the fees paid by local authorities and health boards were “unrealistically and irresponsibly low” and meant that providers were not able to pay front line staff what they deserved.

The upshot was that works were leaving the sector in droves for better paid jobs elsewhere and it was proving “incredibly difficult” to recruit new staff in their place.

The situation had been made even worse by the unprecedented pressures of the pandemic which had left staff exhausted.

It was a sentiment echoed in the statement from Trewythen Hall which said: “Trewythen Hall Care Home service has faced a long-term recruitment challenge since the outbreak of the COVID-19 pandemic, which has made staffing our care home consistently to the appropriate levels, reliant on agency carers or overtime shifts from our amazing staff.

“Despite our best efforts to attract qualified carers to the home, we have been unable to solve this recruitment challenge.”

“Trewythen Hall began expansion and refurbishing works in 2019, to modernise all facilities and bring all the residential care bedrooms to above regulatory size.

“Sadly, access and material shortages during the pandemic only allowed us to complete a handful of the bedrooms.

“In light of the ongoing issues in operating as residential care service in the present environment, we have made difficult decision to close the care service…”

Mr Kreft said: “The closure of Trewythen is an absolute disaster for the vulnerable residents, their families and the staff who have lost their jobs.

“We have already seen other care homes in North Wales having to close because of staffing and financial problems plaguing the sector.

“We are in the midst of a major crisis at the moment. There are  no beds for people who need them. Meanwhile, ambulances are queuing outside with their engines running and the paramedics on board are waiting for many hours to admit people who need hospital care.

“The situation is going to be exacerbated by the demographics with the ever-increasing number of older people.

“It’s great that people are living long and the over 85 will be doubling over the coming years and that will serve to ramp up the pressure on services which are already at breaking point.

“We do not have the provision – both in terms of people and capacity in care homes – to provide social care for them all.

“These beds are hugely costly to replace and once a care home closes it is highly unlikely that it will ever reopen.

“The other problem is that if there are any new care homes being built, they won’t necessarily be within the local communities they are now and we’ll have vulnerable people being shipped out to facilities miles and miles away from their families and friends.

“Unfortunately, local authorities have been paying lip service to the Welsh Government ‘Let’s agree to agree’ guidance which is essentially a toolkit to calculate sustainable fees that reflect the true cost of providing care, instead of the current cloud cuckoo land approach of many councils and health boards.

“What we need to do collectively in partnership is use public money wisely.

“For example, it costs a great deal more money to keep somebody in hospital – more than £5,000 a week – than it does to look after them in a care home or provide domiciliary care.

“Many of the people stuck in hospitals across Wales should not be there and it would be better for them to be in a care home or receiving domiciliary care appropriate to their needs.

“It would also be a much better use of cash from the public purse which would free up a huge number of hospital beds and provide a straightforward, common sense way of alleviating the current crisis.

“But to do that we need to invest properly in social care so that the fees paid to providers match the real costs of care.

“That would then also enable us to pay our fantastic front line staff what they deserve, helping to retain the current workforce and attract new recruits to this incredibly important profession.

“The current situation does not make any sense at all because the money being spent on keeping people in hospital unnecessarily is being wasted. It’s a total nonsense.

“Apart from the financial considerations, it puts those people at greater risk once their medical treatment is completed.

“One of the problems is that society has not valued these jobs in social care and the chickens have firmly come home to roost.

“Sadly, this is something Care Forum Wales  has been predicting for a long time – the truth is that you can’t fix the NHS without fixing social care.

“If we don’t sort this out as a matter of urgency, things are going to get even worse.”