Home » Wrexham come from behind to beat Halifax 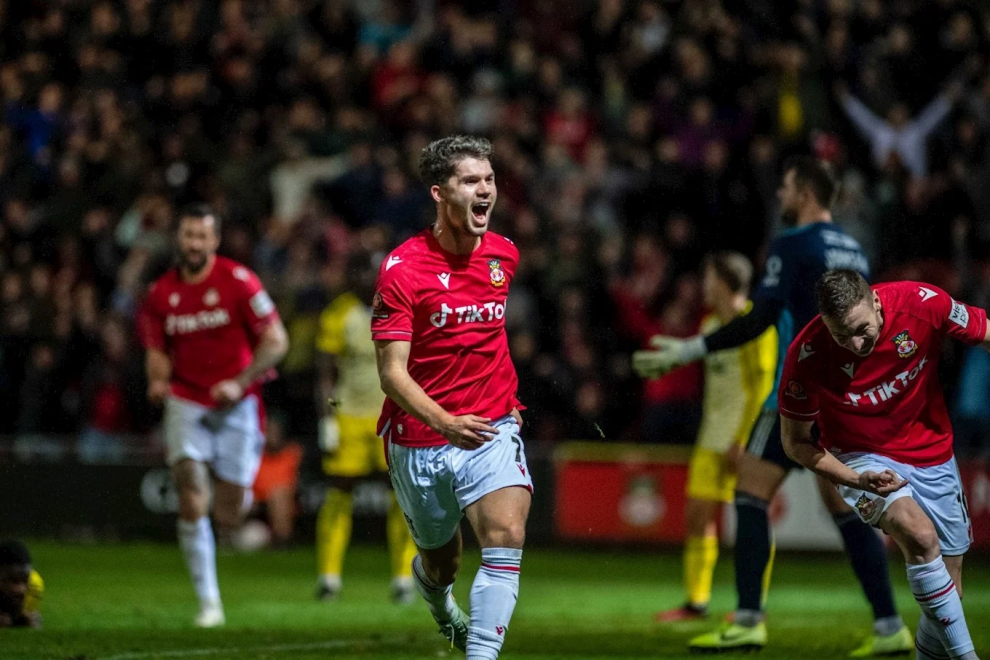 Ben Tozer’s superb strike started the fightback as Wrexham came from a goal behind to secure victory in front of the highest crowd at The Racecourse this season.

Mani Dieseruvwe put the Shaymen ahead, but Tozer cancelled out his opener with an excellent strike.

Jordan Davies made it two with a smart finish, and Aaron Hayden secured victory with his seventh goal of the campaign.

Phil Parkinson selected the same side that earned a 1-1 draw at Boreham Wood on Saturday, with Jordan Tunnicliffe starting for the third game running.

The visitors also remained unchanged, as Shaymen boss Chris Millington searched for only their second away win.

Shaymen started in an empathic fashion with Dieseruvwe putting them ahead from the spot.

It was an out-of-sorts home performance from Wrexham, who for large periods of the first half struggled to break down the visitors.

The first clear cut chance for the Red Dragons came ten minutes before the break, as Paul Mullin jumped highest, and his header deflected over Johnson’s bar.

It could have been all square in added time at the end of the first half but Callum McFadzean’s looping header rattled the crossbar and bounced clear.

Wrexham began the second period on the front foot, and Ollie Palmer forced Johnson to make a superb save from point blank range.

The number nine held off his man, and his effort looked destined for the bottom corner, but Johnson was on hand to palm it wide.

However just after the hour mark Tozer got the leveller, striking the ball from range with an audacious outside of the foot effort.

Parkinson’s men seemed to find the momentum they’d been looking after equalising and had numerous chances to go into the ascendancy.

Mullin fizzed a driven effort across the box, Johnson parried it into to Hayden’s path, but somehow the Halifax stopper clawed it out of the defender’s reach.

The introduction of Davies caused Millington’s side problems, and his class told, as he fired past Johnson to put Wrexham ahead.

Once ahead, it was all Wrexham, and Hayden capped off a much-improved performance, as he leaped above the Halifax defence, heading home.

Do you have a power cut?
Cash boost helps train new generation of football coaches