Church in Wales to give blessings for same-sex relationships 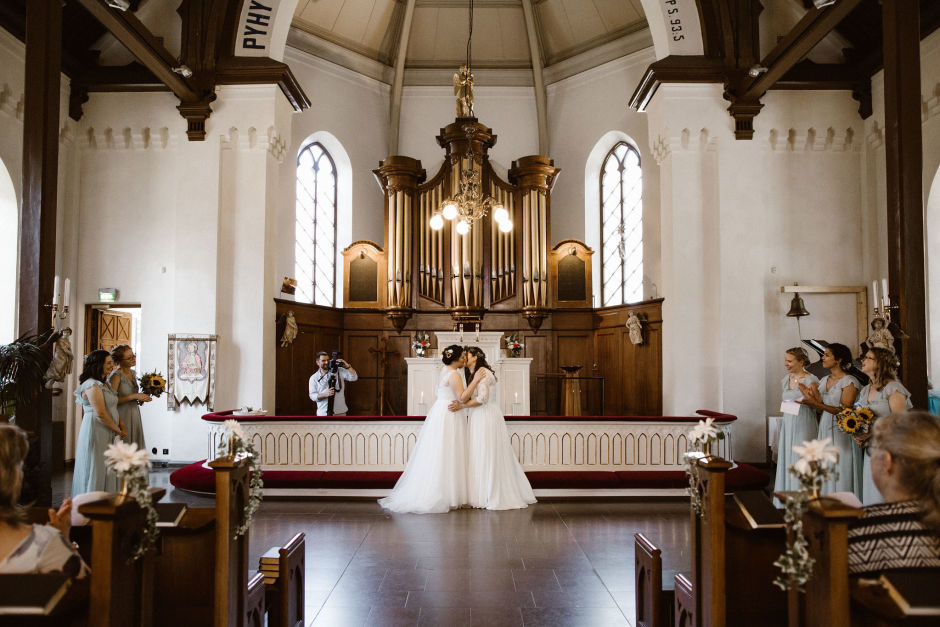 SAME-SEX couples are now able to have their marriage blessed by the Church in Wales after a vote was held on Monday (September 6).

The bill authorising a service of blessing was passed by all three orders of the church’s governing body at a meeting in Newport.

Gregory Cameron, the Bishop of St Asaph, who was the one to introduce the bill, said he felt “no sense of triumph”, but added that “the Church in Wales has done the right thing under God for the LGBTQIA+ community”.

Trainee priest, Ruth Eleri James has a personal and professional interest in the vote. As a woman in a same-sex relationship, she said she supported giving recognition to relationships like hers as a means of showing their validity in the wider community.

Although she was unable to vote on the proposed change because of her junior status, she said she would back the bill all the way if she were able to, as has her partner Hannah, a lay member of the governing body.

She said: “It’s so important to us because it will reflect the real love and welcome that we have personally experienced in our local churches, who we know long to be able to offer something to couples who are in same-sex relationships.

“But it’s also important because this is a message to LGBTQ folk in society at large to say their relationships are loved and blessed by God, and that’s a message that hasn’t been given, certainly in my lifetime, and I long to be able to share that with people.”

Ruth said she saw the contradiction expressed by other people in the LGBT community that the church would still not offer full marriage even as it blesses legal unions formed outside of its walls.

“Hannah and I feel strongly that God is asking us to be married one day and we will continue to hope and work and pray for the day when we can have what we call the sacrament of marriage in a church,” she said.

“I do see the difficulty in not being able to have that and I do see the point of people who say this doesn’t go far enough. But I think a step towards justice is a step in the right direction.”

She said: “It also will set back actual equal marriage back by a long way as many of the heterosexual community will now feel that they’ve ‘made a gesture’ and that should be sufficient.

“I can not see many wanting a ‘blessing’ if they can instead move to either Quakerism or the United Reform Church and have an actual marriage in the eyes of God.”

The bishops who had proposed the bill said the church had previously forced gay people “into fear, dishonesty and sometimes even hypocrisy, and which has precluded them from living public and honest lives of committed partnership”.

Dr John said there remained a big difference between the official stance of the church and the opinion of its congregation.

He said: “Officially the church still says marriage is to be between a man and wife, but it is obvious that the views of church members have changed rapidly in recent years – especially after the government has legalised same-sex marriage,”

“The most important thing about the blessing service is its theological meaning. The blessing by the church defines a gay relationship as a gift from God rather than a sin.”

Covid cases at highest since January

Welsh families on benefits to get an extra £100 this winter