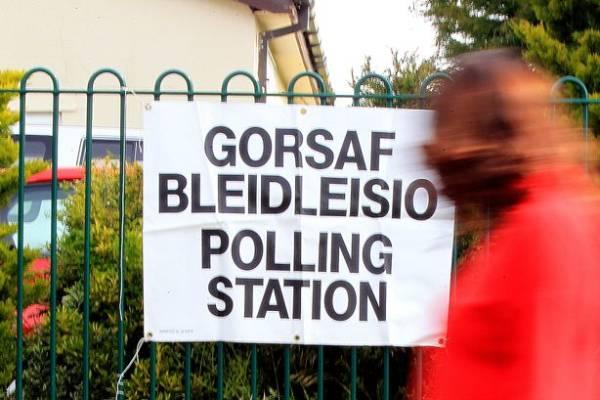 BY the time you read this article, each of the main parties contesting the Welsh Parliamentary election will have published their manifestos.

Virtually nobody will read them.

Instead, the public will be drip-fed press releases by the respective parties. Then the parties will take it in turns to take pot-shots at each other’s proposals.

That predictable back-and-forth means voters will hardly be one jot wiser when they cast their ballots than they were before the manifestos’ publication.

As Labour has been in power in Wales for twenty-two years, there is only its track record to assess.

Predictably, and as with every government anywhere, Labour’s record on actual delivery is mixed.

In the last few months of the last Welsh Parliamentary session, Labour appeared to realise pointing to banning two touring circuses from Wales was not much of a legislative record.

In response, it took to promising to deliver in the future what it promised in the past.

Labour’s totemic Wellbeing of Future Generations Act is a monumental piece of legislation. It cuts across government policy, but it’s become more of a Christmas tree the Welsh Government has placed ill-matched baubles on since its inception.

The Act’s aims are praiseworthy. Its execution – in practice – is a shambolic mess of box-ticking compliance and aspirational thought in place of solid leadership and rigorous decision-making.

Sophie Howe continued: “There is a lack of clarity over how they interact with each other and a tendency to bypass existing boards that have already been set up.

“The Local Government and Elections (Wales) Bill potentially adds to an already complex and crowded partnership environment by creating statutory regional Corporate Joint Committees and proposes they will also be subject to the wellbeing duties of the Act.”

What it is not is democratic decision-making intended to address problems swiftly or with any sense of urgency.

The Act means well, but its aims are lost in a morass of bureaucracy.

The first policy priorities for any incoming Welsh Government must be to stabilise the economy and health service before moving on to longer-term objectives.

Its first administrative priorities must be to unpick bureaucracy-for-the-sake-of-it. Decision-making must be streamlined, so manifesto commitments materialise as policies to be voted on during a Senedd term and not as White Papers produced at its end.

The last Labour Government had lamentable form for doing that.

Promises made in 2016 emerged only as White Papers for consultation just before the end of the Senedd term.

In the ten years since the Welsh Government gained the power to pass Acts of the Assembly as primary legislation, it passed 49 Acts. Its most significant pieces of legislation were passed between 2013 and 2015.

Even accepting the pandemic’s disruption to everyday politics, the legislative return from the last five years of government is sparse.

After 2016, Welsh Government ministers frequently popped up to trumpet one initiative or another. It is no wonder that the Welsh Cabinet apparently consists of the First Minister and a dozen or so deputy Ministers for Announcements.

That is not to doubt the previous Welsh Government’s commitment to put flesh on the bones of their predecessors’ legislation and set about making it work.

Lee Waters, for example, has tirelessly worked on the Active Travel Act. His commitment to it is undoubted and its objectives are undoubtedly correct. But the Act was passed in 2013, three years before he joined the Welsh Parliament and almost six years before he became a Minister in the Labour Government.

Only now are ‘active travel zones’, which encourage commuters to ditch their cars, coming into play across Wales.

You can tell there’s an election coming.

There are local consultations taking place about active travel zones.

As for Labour’s last manifesto:

The education system’s results are improving. The Minister in charge was a Liberal Democrat.

You can’t say that’s all down to a failure of political willpower. It’s an oversupply of hot air: over-promising and underdelivering.

Less talking about doing and more doing would be a fresh start – indeed, a novel approach – for the next Welsh Government.

It’s a chance for the Senedd to dispel the notion it’s just a talking shop for politicians’ pet peeves and crack on with delivering for Wales.