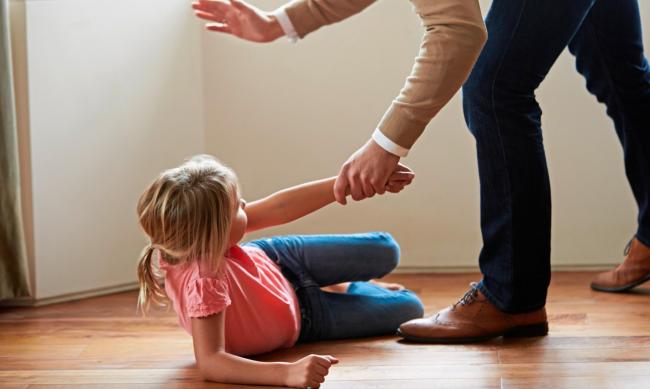 UKIP Wales has announced that it is committed to repealing the Welsh Government’s controversial ‘Smacking Ban’ ahead of the Senedd Elections, and that this will become part of its manifesto in Wales.
The ban on reasonable chastisement was introduced in January 2020 by Labour’s Deputy Minister for Social Services, Julie Morgan. The legislation removes the defence of “reasonable punishment” in cases of common assault.
UKIP Leader and Member of the Senedd for Mid & West Wales, Neil Hamilton, said: “Parents know what is best for their children, not politicians. Members of the Senedd need to get a foot in the real world, outside the Cardiff Bay Bubble and listen to the public.
“[The ban] received huge criticism when it was railroaded through the Senedd against public opinion. When consulted, up to 75% of parents in Wales opposed the restrictions that prohibited them from reasonably disciplining their children.
“The policy is practically impossible to enforce and is estimated to cost the taxpayer £8 million. It is another example of the Cardiff Bay politicians overextending themselves and forcing their own virtue-signalling morality on to the people of Wales.
“Senedd politicians from all parties have forgotten they are not the boss – the public are. As Members of the Senedd, their job is to represent their constituents not police how parents bring up their children.
“The Government must do everything possible to protect children from physical and psychological abuse. But this legislation has done, and will continue to do, nothing to stop cases of serious abuse. Instead, it penalises parents who take reasonable steps to discipline their children.
“In this year’s Senedd Elections, UKIP is standing up for parents to raise their children free from interference from an overarching, self-righteous political class in Cardiff.”
Pembrokeshire-based UKIP councillor Paul Dowson said: “In my opinion this is plain and simple common sense. It has cost the taxpayer 8 million pounds for a bill which is simply unenforceable.
“This over-woke labour Welsh government made up of out of touch ministers have no right to tell the public how to discipline their children.
“The latest generation have recently gone through the education system where there are no serious consequences for bad behaviour, the parents have been restricted regarding punishing bad behaviour, and the curriculum promotes 99 different genders along with a whole host of other WOKE topics above common sense and basic respect.
“Our future begins with our children and we need to be allowed to discipline our kids in a way which we see fit even if it does include a smack on the ass when required.
“The sooner we regain control of society the better.
“No better place to start than with bringing our children up properly instead of following the Drakeford formula. His own son is a prime example of poor parenting.”
Cllrs Dowson’s view is at odds with the NSPCC. The children’s protection charity said in a press release: “This is a remarkable achievement which closes an outdated loophole and finally gives children in Wales the same legal protection from assault as adults.”
Conservative AM Ms Finch-Saunders said: “With this bill the state is now stepping into the private lives of families”.
She added: “Through the involvement of the police and social services… this smacking ban this will potentially have far reaching consequences for us all.”
Julie Morgan, Deputy Social Services Minister, said it was a “historic day” after members passed the law with 36 votes for, 14 against.
Ms Morgan had campaigned for years for a ban and had broken the Labour whip over the issue when the Welsh Government did not support it, in 2015.
She said at a press conference after the vote: “This is not about the government telling parents how to raise their children or about criminalising loving parents,”
She added the government had listened to the “vocal minority” who opposed the move, but that removing the defence of reasonable punishment “is the right thing to do”.
“The children of Wales now have the same protection as adults in Wales have.”

The State We’re In

Wales, the Union and May’s election