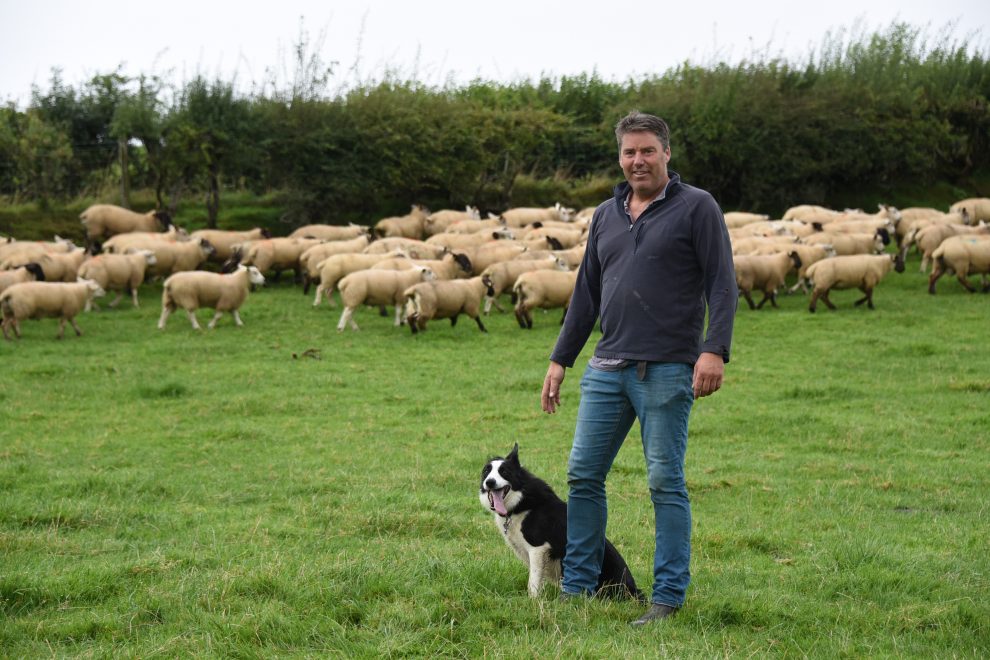 TWO farmers have saluted an industry-led research project designed to ensure that Welsh lamb leads the way in quality and consistency for consumers.

Hybu Cig Cymru – Meat Promotion Wales (HCC) – launched the fourth phase of the Welsh Government and EU-funded Welsh Lamb Meat Quality Project in the summer as part of the ongoing exploration to taste and tenderness of the meat depending on how the carcass is hung and packaged.

Five farms, including Carmarthenshire neighbours and friends, Gareth Morgan and Ogwyn Thomas, supplied a total of 120 lambs to the assignment with selection based on carcass, conformation, and fat class, with the average weight coming in at 20.4kg.

The consumer taste panels, which took place in Liverpool and Malvern, investigated whether hanging via the more traditional Achilles tendon method, or a cross-leg technique, impacts eating quality, and whether vacuum packing (VAC) or modified atmosphere packaging (MAP), makes a difference to the lamb taste.

Lamb chump, loin, and topside samples were presented for consumer and nutritional research after the meat was aged for eight days in VAC or MAP to compare the process and cut into steak slices.

The meat was then presented to the consumer panels for tasting, whilst the other half prepared for nutritional laboratory research looking at the meat’s nutritional content.
The consumer panels see individuals receive a number of meat samples in a controlled environment and score the meat for different taste quality attributes.

Participants were asked to score each sample on four key factors which make up meat quality. These include aroma, flavour, tenderness, and juiciness, before being asked how much they would be willing to pay for each piece.

To date, the trials have helped lamb in the country retain its reputation for world-leading quality. Data from taste panels held in Ludlow, Chester, and Reading showed that 60 per cent of participants are purchasing more lamb, with 50 per cent buying Welsh produce.

Gareth, who runs the 320-acre Bron-y-Glyn Farm in Llanfynydd, Carmarthen, with wife, Ina, son, Steffan, and daughter, Carys, said: “We are thrilled to be involved in the fourth trial by supplying lambs to the project.

“To be able to use DNA technology to verify the parentage of the lambs is going to be fascinating, as will seeing which ones develop and fatten quicker to give the best quality meat.”

Using innovative DNA technology, the study investigates whether or not different lambs’ parentage has an effect on the eating quality and nutritional values of the meat produced.
“When I was approached to participate, it was something I was keen to be involved with as the more research we do to see what affects the quality of Welsh lamb, the better.”
Gareth, the fourth generation of his family to work on the farm, weighed around 60 lambs every two weeks before 24 were taken as part of the tasting trial.

“It was a time-consuming process here on the farm, but one that’s worth doing right,” continued Gareth, who keeps around 600 ewes, and 75 suckler cows at Bron-y-Glyn.
“Once you’ve tasted Welsh Lamb, it sells itself. If, as a result of this trial, we understand more about the best way of packaging our lamb, the better the product we present to our customers.”

Ogwyn, who was talking as he stood on his 170-acre Llettyngors farm overlooking Gareth’s land, was only too happy to help the study, providing 24 lambs.

“It was superb to be involved and to get to know more about my lambs,” said Ogwyn, who keeps around 600 ewes and more than 50 suckler cows on his farm, which also benefits from 120 acres of rented land.

“Once they get fat they are sold so it was fascinating to follow the process and see how different lambs progressed.

Ogwyn is helped on his farm, which has been in the family for around 70 years, by teenage son, Daniel.

He added: “It was Gareth who called me about the project, and I’ve really enjoyed being involved as it opens your eyes to everything that’s happening with your flock.

“I’m glad that myself, Gareth, and other farmers could help Hybu Cig Cymru’s studies into improving the quality of lamb produced in the country.”