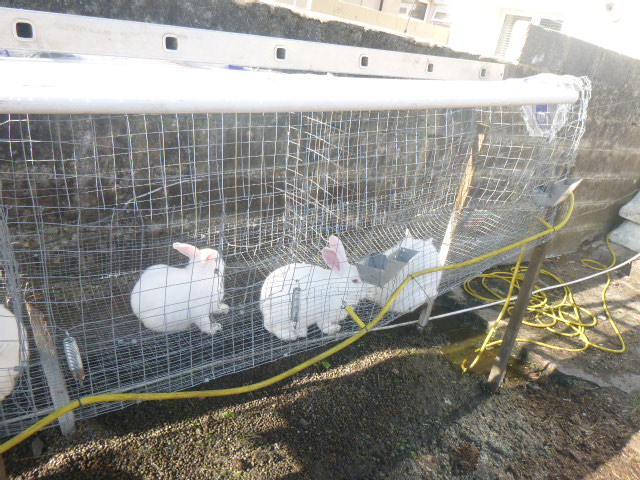 A LLWYNYPIA man has been banned from keeping rabbits for three years after admitting failing to meet the needs of 15 in his care.

The court heard how police executed a warrant at James’ Railway View home, where rabbits were being kept in a wire mesh cage without access to bedding, environmental enrichment or suitable protection from the weather.

James had also failed to provide appropriate veterinary care for the rabbits – who had conditions including conjunctivitis, dermatitis, lameness and neurological disease.

He also admitted that his failure to provide veterinary care for one of the rabbits, who had lameness, caused the animal to suffer – while a further white rabbit also suffered due to heat exposure.

In addition to the three-year ban, James has been ordered to do 80 hours of unpaid work, and must pay £400 in costs and a £95 victim surcharge. He was also given a 12-month community order.

All 15 rabbits have now gone into the care of the RSPCA and will soon be made available for rehoming.

Following the hearing, RSPCA inspector Julie Fadden said: “Rabbits can make fantastic companions – but it’s vital that their needs are met; including the provision of a proper environment for them to live in. That simply wasn’t happening here.

“These rabbits were living in a hugely inappropriate wire mesh cage and they were not receiving the vet care they desperately needed.

“Fortunately, all 15 rabbits are now in the care of the RSPCA, and we look forward to finding them loving new, suitable homes in the near future.”

Robertsons Solicitors supports Will Aid initiative for a third year