Barry see off Druids to keep hold of fourth place 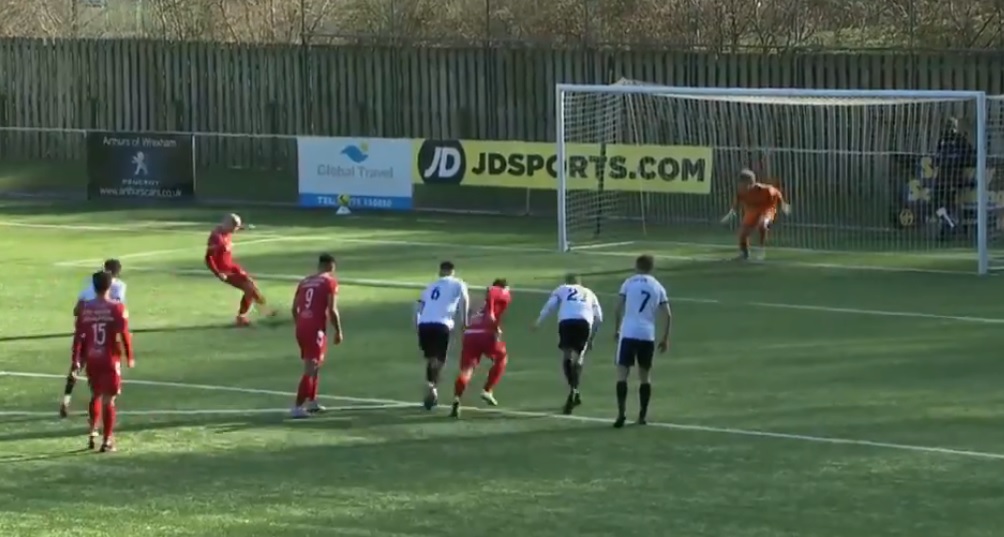 BARRY TOWN UNITED cemented their position in the JD Cymru Premier table on Saturday as they beat Cefn Druids 1-0 at The Rock.

They remain fourth in the table and sit nine points behind third place Bala Town.

On Saturday, it was David Cotterill’s penalty, just a minute before the break, that proved to be the difference between the two sides.

Manager Gavin Chesterfield said that his side deserved to be ahead at the break having had some good chances earlier on in the first half.

Druid’s Joe Faux had a good chance when he ran 40 yards and beat three defenders before firing towards goal but Barry’s keeper was able to make the save.

Five minutes before the break, David Cotterill slid the ball through for debutant Rhys Kavanagh, who forced a save from the keeper. The ball was worked to Jordan Cotterill who curled an effort over the bar.

The visitors thought they had gone ahead soon after but the goal was ruled out for a foul in the build-up.

On the stroke of half time it was Nat Jarvis who was brought down in the box and David Cotterill converted the spot kick to give the visitors the lead.

Early in the second half, Kavanagh came close to adding a second as he cut in from the left but he curled his effort just wide of the right hand post.

The Druids pushed for an equaliser but saw one effort go over while a free kick was punched away by the Barry keeper.

Barry again had the ball in the net as Nat Jarvis poked in after Jordan Cotterill’s shot was saved but the goal was ruled out for offside.

The home side looked for a late equaliser but it didn’t come as Barry held on for an excellent win.

Tonight, Barry host fifth placed Penybont in what will be a crucial game for both teams.

A win for Barry will see them close the gap to the top three and extend their advantage over the teams below them.

A victory for Penybont, however, will see them go level on points with Barry and will bring the likes of Haverfordwest County and Caernarfon Town into the mix as they also bid for a place in the top six.

Tonight’s game at Jenner Park kicks off at 7:45pm.

The Druids are also in action tonight as they take on Newtown at The Rock, kick off at 7:45pm.

Cat rescued from three-storey Cardiff building by RSPCA and firefighters

Nomads back on track with win over Druids