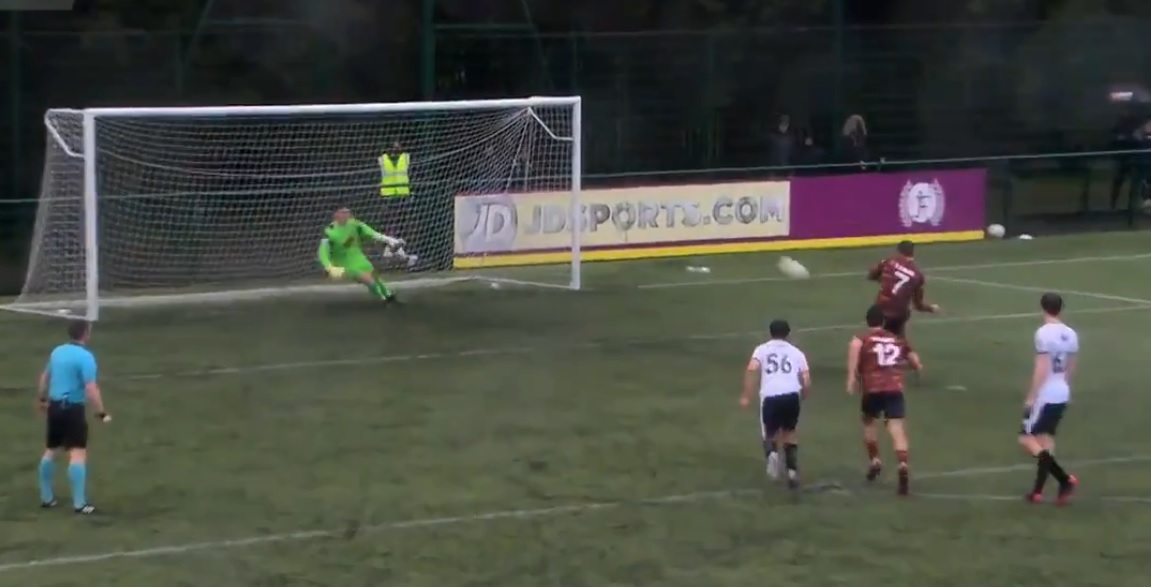 CARDIFF MET moved into second place in the JD Cymru Premier Play-off conference on Saturday (May 8) as they thumped Cefn Druids 6-0.

Tom Price had the first shot of the game for the Met but he sent his shot over the bar.

With ten minutes gone, the Met took the lead as Elliot Evans crossed for Ollie Hulbert who converted.

The Druids looked to respond and came close with a low drive but Will Fuller made a good save.

The home side were then given a corner but Bradley Woolridge headed over the bar.

On 23 minutes the Met doubled their lead as Lewis Rees scored. He nearly added his second moments after but he sent an effort against the post from Evans’ corner.

In the aftermath, Jacob Wise brought down a Met player and after some delay he was sent off and the Met had a penalty.

Evans converted the spot kick to score his 50th JD Cymru Premier goal as things went from bad to worse for the Druids.

With only half an hour gone, Tom Price headed in to make it 4-0 to the Archers.

On the stroke of half time, the Met were awarded another penalty and Evans again scored to make it 5-0.

The Met continued to attack at the start of the second half as Lewis Rees saw a shot blocked.

Ten minutes in, the Druids cleared the ball off the line before Price headed over the bar.

Charlie Corsby then shot over before Evans was denied his hat trick by the Druids keeper.

With five minutes to go, the Met finally had their sixth as sub Craig Davies hit a low drive into the bottom corner of the net.

Time is running out to apply to EU Settlement Scheme

Penybont and Caernarfon finishes all square