Home > Sport > Keira Bevan: “We have more to give”
Rugby 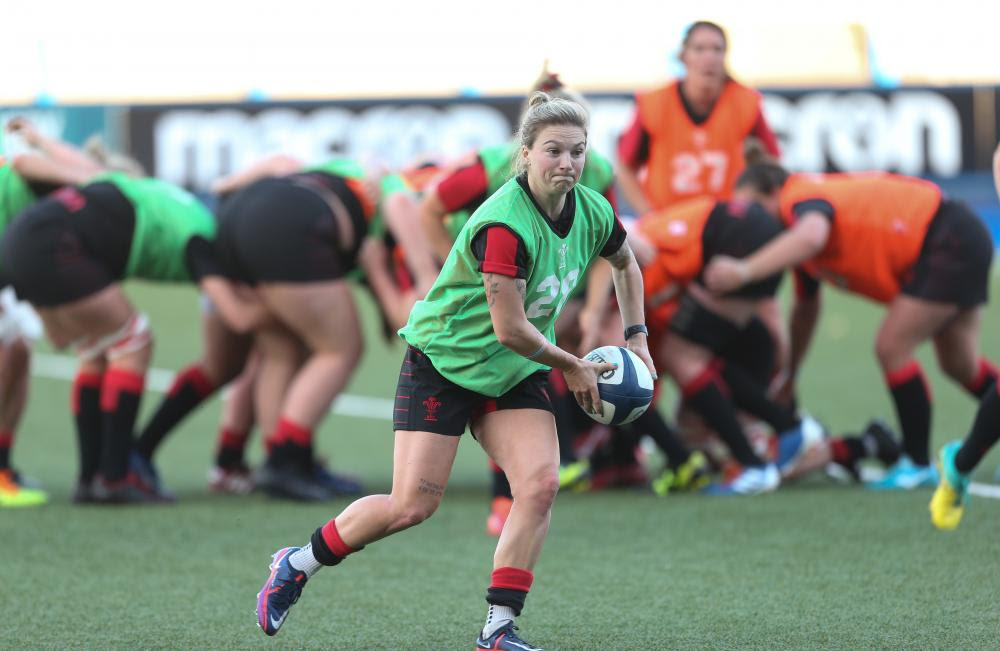 WALES Women scrum half Keira Bevan is hoping to put the lessons of past encounters with Canada to good use when the two sides clash at Cardiff Arms Park on Sunday (Nov 21).

The Bristol Bears half back is beaming to be back with Wales after a gruelling year out through injury but believes her best is yet to come.

“All being well, this will be my fourth Test against Canada which is really exciting and after our positive autumn campaign, we are really keen to keep improving and put in a performance to be proud of in our final match of 2021.

“Canada are one of the top sides in the world. We have made good progress so far but we have learned before that we can’t be complacent against them or it will be a very long afternoon”

The two sides faced each other twice in the 2017 Rugby World Cup and then again in November 2018, with Canada winning all three matches.

“The first time we played them in the 2017, it was a competitive game for around 70 minutes but Canada scored two late tries to take them 15-0 clear in the end.

“Then we played them a week or so later in Belfast in a game that they ran away with (52-0). We learned a lot of lessons from that. We knew what we were up against but they took their game to another level, while we stood still. We can’t do that this weekend, that’s why we have to up our game.

“In autumn 2018, we had another enjoyable Test match, similar to my first game against them. We scored some good tries that time and were competitive but Canada again showed their class in the last 20 minutes to win 38-21.

“We know we have made strides but our execution has to be spot on this weekend. We have to capitalise on our scoring opportunities or we will be punished. We have to stay focussed and keep the intensity up right until the final whistle. It’s just exciting to see how we go against a very good Canadian side.”

Bevan is loving being back in the Wales camp as a fully fit player.

“I love playing for Wales. Singing the anthem never fails to give me good bumps. It is always hard to watch from the sidelines so I really appreciate being part of the team again. This is definitely the level I want to be playing at. When lockdown happened in March 2020, I was involved in the wider GB Sevens squad and felt I was in good form. Then I missed most of the 2020/21 season through two injuries. I feel like I’m getting back to where I want to be now, I’ve been training with GB Sevens again too which has benefitted me but I know I have more to give.

“We’re enjoying our rugby at the moment and we all know exactly what we need to do within the squad. We want to repay the support we’ve had with a good performance this weekend.”

Rugby: Female under 18 training programme to kick off in January

TNS miss chance to go top after being held by Caernarfon