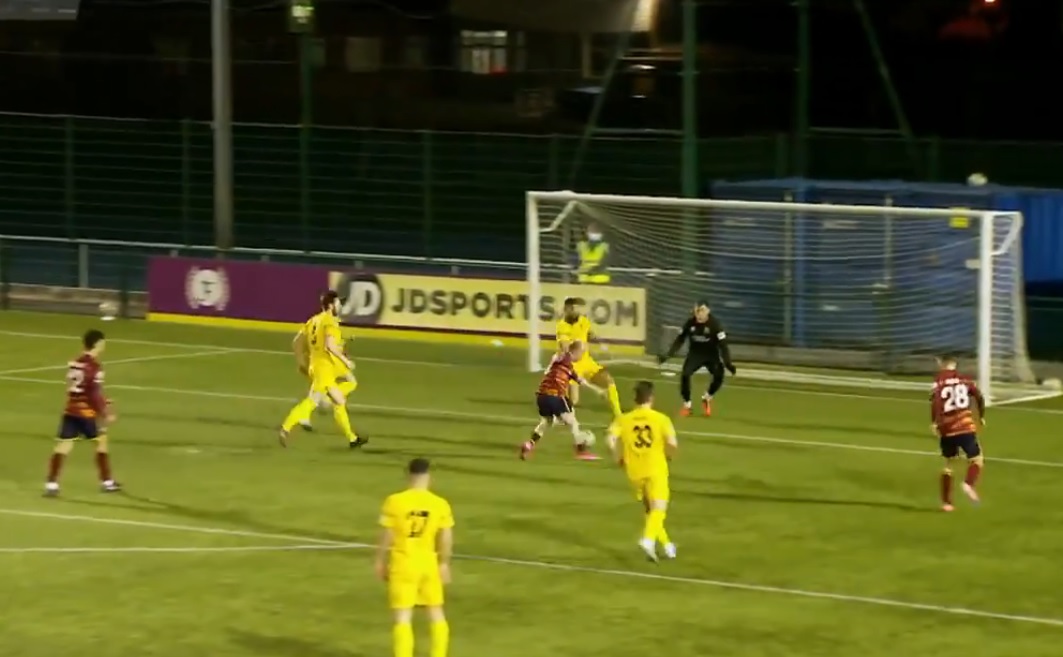 CARDIFF MET and Newtown settled for a share of the points on Tuesday night (Apr 13) as they drew 2-2.

The Met were dealt a blow as early as the third minute as Harry Owen was forced off with an injury and was replaced by Thomas Price.

That didn’t disrupt their play though as the Met sent a number of inviting crosses into the box, the second of which saw Eliot Evans come close to making contact with the ball.

Price was then involved but he saw his shot saved by Newtown keeper Dave Jones.

However, just a minute later the visitors took the lead. Craig Williams sent a free kick into the box from wide on the right and Kieran Mills-Evans headed home.

Newtown enjoyed the better of the play after their goal but on 22 minutes the hosts were level.

Price saw a shot saved but the rebound fell to Chris Baker and the ball looped up off his feet and into the net.

Both sides won a number of free kicks but defences were on top as the score remained at 1-1.

With three minutes to go until half time it was Newtown who regained the lead as Lifumpa Mwandwe made a good turn and ran into the box before firing into the far right corner of the net.

The Met started the second half well and saw more crosses blocked before Oliver Hulbert saw a shot deflected wide.

Shortly before the hour mark the Met were back level as Newtown failed to clear the ball and it fell to Liam Warman who ran into the box and slotted the ball into the bottom left corner of the net.

On 73 minutes, Williams sent another free kick into the box for Jordan Evans but his shot was saved by Met keeper Alex Lang.

Three minutes later, the Met had a great chance to take the lead as a cross from the left was picked up by Warman who controlled before shooting from close range but Jones made the save to keep the score at 2-2.

Hulbert then saw a shot saved by Jones before at the other end, Jordan Evans headed a free kick over the bar.

As the game drew to a close the home side continued to look for the winner but Bradley Wooldridge headed over from a corner before Hulbert saw an effort go agonisingly wide of the right hand post.

That was the last of the action as the game ended all square.

Breaking records: The life and death of John Godfrey Parry-Thomas