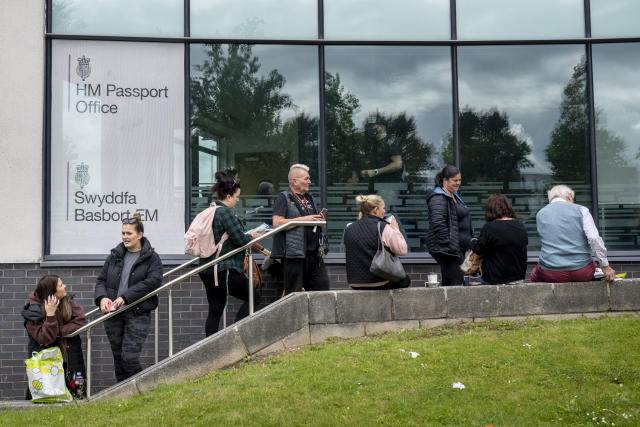 THE PASSPORT office in Newport has been evacuated after a suspicious package was sent to the building.

Photos from the scene show a large number of emergency service response vehicles outside the building.

A spokesperson for Gwent Police said: ‘We received a call at about 8.40am this morning regarding concerns about a suspicious package received at the Passport Office in Newport.

‘The fire service has attended and has evacuated the building as a precaution whilst they carry out further enquiries.’

In a statement, South Wales Fire Service confirmed crews were called to the office shortly after 8.35am.

‘Crews from Whitchurch and Maindee Fire and Rescue Stations are currently in attendance alongside emergency service colleagues,’ the service said.

‘Crews have evacuated the building as a safety precaution whilst teams carry out further investigations.’

The fire service have examined the suspicious package that contained white powder and confirmed it was found not be toxic or harmful to touch.

The passport office has been reopened.