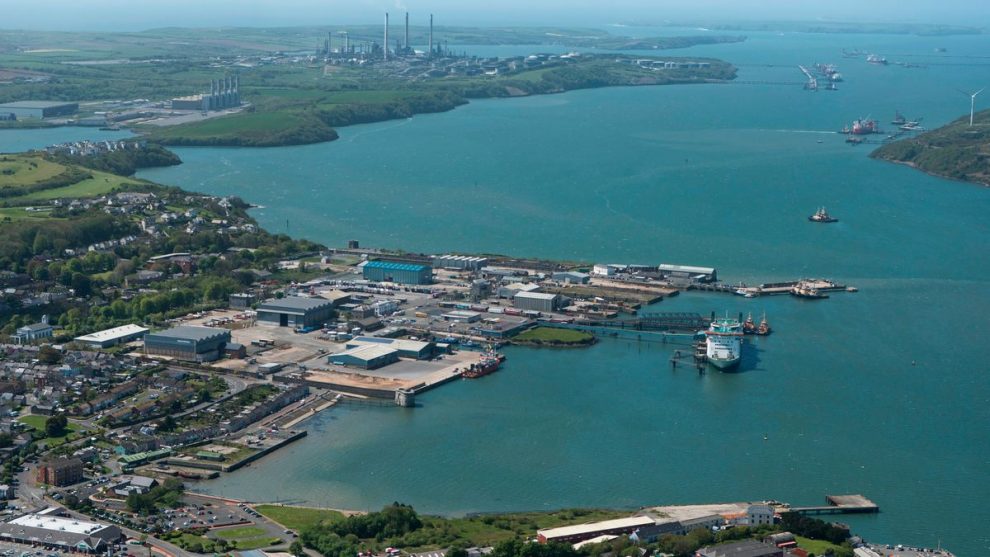 FREEPORTS are special areas within the UK’s borders where different economic regulations apply. By delivering investment on specific sites benefiting from tax and customs incentives.

Freeports, it is thought, will create thousands of high-quality jobs in some of our most disadvantaged communities. These sites have been carefully selected for their suitability for development by local authorities and key private partners and sit within an outer boundary, which represents the geographical location within which the benefits of Freeports are targeted and does not in itself confer any special tax, customs, or other status.

The UK Government has promised that its ‘freeports model’ will include a comprehensive package of measures, comprising tax reliefs, customs, business rates retention, planning, regeneration, innovation and trade and investment support.

Associated British Ports (ABP), Neath Port Talbot Council, Pembrokeshire County Council and the Port of Milford Haven have joined forces to bid for Wales’ first freeport, known as Celtic Freeport. The consortium submitted their bid on November 24 and bids are now being assessed by the UK and Welsh government, with at least one freeport in Wales expected to be announced next spring.

A freeport in southwest Wales focused on green energy would create over 16,000 new jobs and generate up to £5.5bn of investment in renewable energy factories, hydrogen plants and sustainable fuels terminals, claim its backers. The ports and local authorities behind the Celtic Freeport have said a freeport status would rapidly accelerate Wales’ ambition to become net zero while creating high-quality green jobs across Wales.

At its core, the Celtic Freeport would secure first mover advantage in the global floating offshore wind (FLOW) market, worth £54 billion, and create export opportunities.

Floating Offshore Wind in the Celtic Sea aims to generate 4GW by 2035 and up to 20GW by 2045, but the scale needed to deliver those ambitious offshore wind targets is huge.

To deliver that amount of power by 2045, the bid team estimates that a steel or concrete turbine base the size of a football pitch and a 300m high tower and turbine (around the size of the Shard in London) would need to be built, assembled, and launched into the water every week of the year.

Currently, the region is the second biggest carbon emitter in the UK and has some of the most deprived areas in and around the ports. But becoming a freeport would make a real difference to both accounts, said Pembrokeshire County Council chief executive Will Bramble CBE.

“It will generate tangible momentum into the decarbonisation of southwest Wales and at the same time have a significant impact on upskilling and creating significant growth in employment,” said Mr Bramble.

Tom Sawyer, CEO of the Port of Milford Haven, said: “The number of Freeports allowed in Wales is a matter of Government policy. There could be a case for a Freeport in every corner of Wales, but we have to work within the framework we have been given.

“We have put together a very strong bid which delivers against all the policy objectives – I believe it is a strong contender – and our four organisations have been working together very well.”

Asked why the Port of Milford Haven had partnered with ABP Port Talbot for the bid, Mr Sawyer explained that the industrial infrastructure in and around Port Talbot was key for the manufacturing and assembly off the huge offshore wind turbines.

“We have got to the stage where these turbines are now too large to be hauled by road.

“We envisage these turbines being built in Port Talbot, which has a large amount of land available for development of warehousing, and the workshops needed to construct them.

“The turbines could then be floated down on barges to their positions off the Pembrokeshire coast. This route will also mean that the movement of the turbines will not restrict existing Port operations, which are expected to be busier”, he explained.

This newspaper asked Mr Sawyer how he saw the area looking in a few years’ time once all these projects are up and running. “Would Milford Haven be a boom town again?”, we asked.

Mr Sawyer said he expected the new opportunities to make the area more vibrant. The port boss said he expected to see yet another expansion in hotel capacity. The new Ty Hotel was already running at over 80% occupancy.

“It will support the growth of new industry by rolling out Floating Offshore Wind (FLOW), hydrogen, marine energy and sustainable fuels. We will need to have maintenance facilities for boats and equipment – there will be lots of opportunities and of course 1000s of high-quality, well-paid jobs created in the Freeport.

“Up to £0.5 billion of investment in improvements, green skills and innovation programmes will drive economic growth and regeneration. People will notice a change in a few years’ time – 2024-2025”, he said.