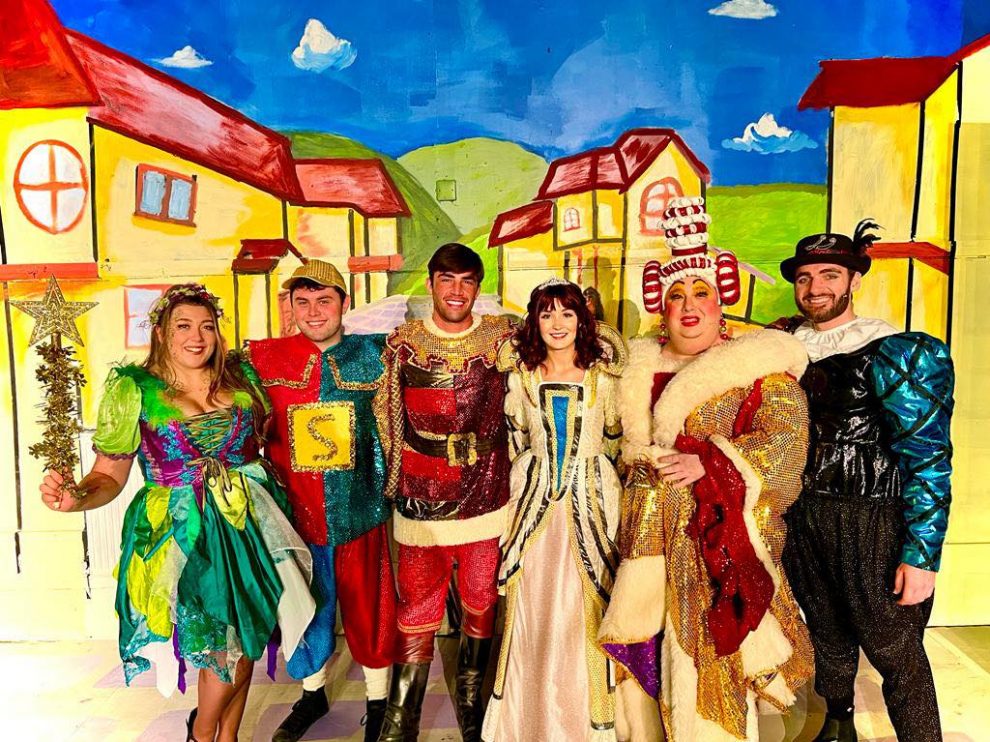 THIS week Milford Haven’s Boulevard Theatre, lit up like Broadway as shows for the public began for Jack and the Beanstalk starring Love Island’s Jack Fincham.

The crowd hit their seats, as the show’s first half begins, narrated by local actress Kelly Jackson as a delightful Woodfairy, parallel on the stage you’re introduced to the villain of this story, the henchman played by the brilliant Tom Dyer.

Closely followed with the young, enthusiastic performers from Vision Arts, which have theatre groups scattered all across Pembrokeshire, brought pure joy to the stage while joining the wonderful Elinor Crane who plays Princess Jill with an up beat, lively start to the show.

The audience continued to smile, as a warm welcome from Simple Simon played by Conor Hanley who graced the stage with a fun and creatively up beat performance and energetic interaction with the audience, just fab.

Everyone continues the fun, clapping away with the cast as Drew Baker who is playing the fabulous Dame Trott, hits the stage, bringing a delight of colour with classic bold and bright costumes.

Following on and lighting up the stage we’re introduced to Jack Fincham who has certainly brought much joy to Love Island fans in Pembrokeshire since he arrived, his debut into acting, performing as character Jack Trott has been a hit and we’re excited to see much more from him.

Second half was just as eventful as the first, the cast worked so well together, Drew Baker does such a great job with the kids on and off the stage.

Traditions were also a part of the show including Birthday call outs, inviting children on to the stage and vamping the crowd up with a water gun fight, continuing the fun as the show came to an end leaving us wanting much more from Vision Arts ltd. in the future.

Taking a bow, Jack Fincham ends the show thanking the audience for being so welcoming and hoping viewers had enjoyed the show.

Overall, the most energetic performance from the stunning cast of Jack and the Beanstalk at Boulevard Theatre, all round smiles and laughter, entertaining scenes and some pretty catchy musical numbers.

The tale lives on in this light hearted remake of the classic story with so much local talent on stage from the youngsters at the Vision Arts ltd. groups, inspirational and entertaining show from all actors.

Shows are in full swing until December. 31. Running at 2pm and 6:30pm If you’ve forgotten the true British humour of Pantomime. We truly suggest going to watch the show. The kids will certainly enjoy it and you sure will too.

Health board first in Wales to sign up to Digital Inclusion Charter
Carmarthenshire’s Xcel Bowl raises more than £1,500 for Macmillan