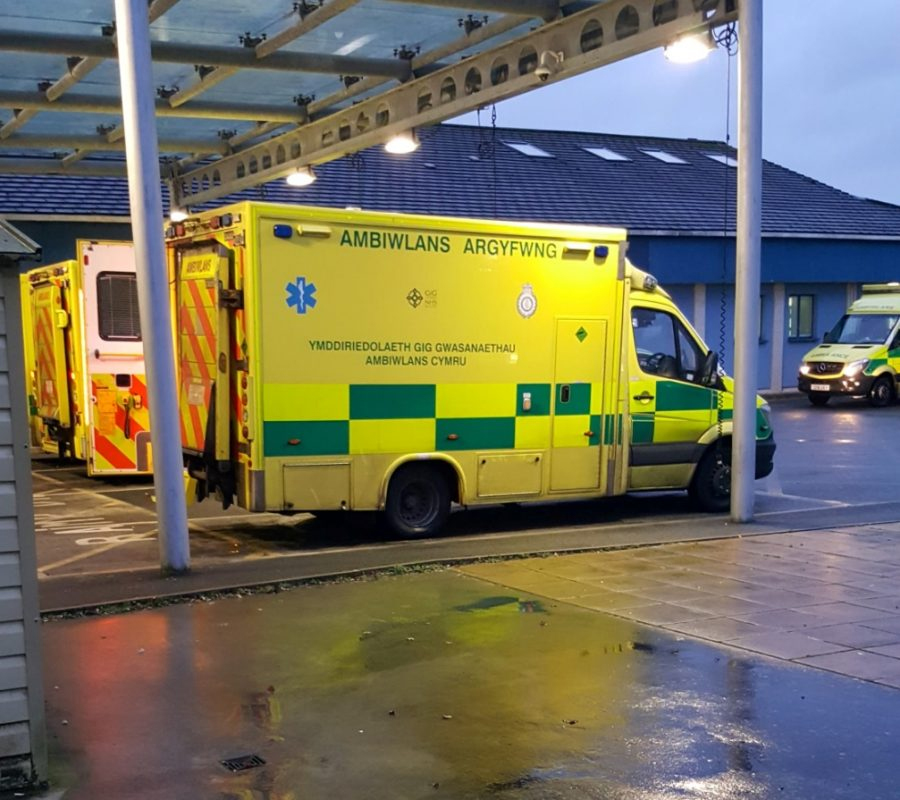 HUNDREDS of thousands of patients across Wales are waiting to start NHS treatment.

New figures released today show that in August there was more than 750,000 patient pathways waiting to start treatment with around 589,000 individual patients on treatment waiting lists in Wales.

This is an increase of almost 3,500 patients from the previous month.

Figures released this week continue to show the pressure facing the Welsh Ambulance Service and emergency departments across Wales.

Throughout September the ambulance service 3,553 red (life threatening) calls – which is 10.2 per cent of all calls made.

This is an increase on the immediately life-threatening calls on the previous month.

50% of red calls received an emergency response within 8 minutes, 0.7 percentage points lower than the previous month and the joint lowest on record.

Commenting on today’s figures, Welsh Conservative and Shadow Health Minister Russell George MS said: “The failure of the Labour Government to prepare for pandemic recovery continues to be felt by the people of Wales as they experience the longest treatment waiting lists, ambulance delays, and A&E waits in Britain.

“This failure to plan for the re-opening of hospitals has meant the delivery of healthcare is out of control – staff are doing their best to cope with demand but a lack of leadership from the centre has meant minister leaving the NHS totally adrift.

Welsh Liberal Democrat Leader Jane Dodds MS said: “Behind these figures are countless human tragedies. In every corner of the country people are frightened, suffering and waiting in pain because our NHS can no longer cope.

“Labour is letting the NHS fall to its knees and patients are paying the price. Wales routinely has the worse health figures in Britain despite all nations facing similar challenges. This cannot go on.

“The Government must come forward with a proper plan to bring down waiting times and recruit and retain more NHS staff. The Welsh Liberal Democrats will continue to call for greater investment in primary healthcare facilities, GPs and social care.

“We must prevent people from getting so ill they require either treatment in A&E or complex treatment paths if we are to reduce pressures on the system, this starts at ensuring people can access their GP easily. We also need to ensure patients can be discharged safely once their treatment is finished.”

A Welsh Government spokesperson said: “Progress continues to be made on the longest waits and we have seen a reduction in the number of patient pathways* waiting more than two years for treatment for the fifth month in a row. This is a fall of 16 per cent since the peak in March.

“Thousands of people are still being seen and treated by NHS Wales and there were more than 338,000 consultations carried out in August. We will continue to work with health boards on how we can best support them to meet our planned care targets.

“We saw slightly more people start their cancer treatment in August (1,691) than in the previous month. A total of 13,534 pathways were closed following the patient being informed they did not have cancer, an increase of more than 12% on the previous month and the highest level on record. A huge amount of work, focus, investment and service change is under way in reducing the number of people waiting for cancer treatment and the Health Minister recently met with health boards and trusts to hear their plans about how they are working to bring the waiting lists down.

“August also saw just over 93,000 patient pathways closed, a significant increase from the early stages of the pandemic and 27 per cent higher than for the same month in 2021.

“Urgent and emergency care staff remain under intense pressure, and we are working with health and social care service leaders to support improvements. We acknowledge ambulance performance is not where we, NHS Wales nor the public expect it to be and we are driving a whole system response to support improvement. We expect health boards to take ownership and immediately reduce ambulance patient handover delays while working with social care services to improve timeliness of patient transfers home from hospital.