Keir Starmer beat the hecklers, but can he beat Boris? 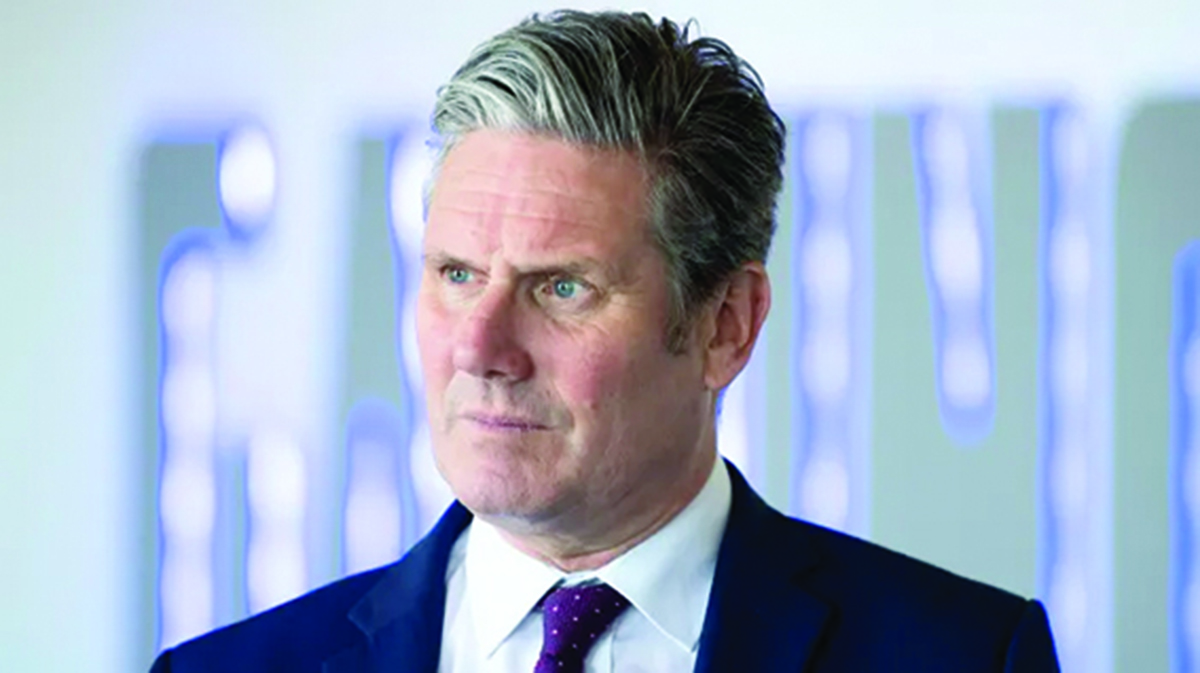 It hasn’t been a bad week for Sir Keir Starmer, leader of the largest faction within the Labour Party. The party conference wasn’t nearly as shambolic as it might have been, and wasn’t entirely overshadowed by poisonous in-fighting over proposed new leadership election rules.

True, Starmer didn’t quite get what he wanted in reverting the process of choosing Labour leaders to a 1970s-style anti-democratic stitch-up between the Parliamentary Labour Party and Trade Union barons. But he did ensure that any future leadership contender must get twice as many MPs to put their name on the ballot. It’s now almost certain that the Corbyn catastrophe won’t happen again.

Corbyn’s absence, hurled like Satan from the heights of influence in the party, has made a big difference. The trots are still there, and in some numbers, but they no longer matter.

Starmer showed steel in refusing to readmit Jeremy Corbyn to the Labour whip until he says something he’s never going to say; namely that antisemitism amongst his hard-left cronies is real, and not a spectre whipped up by evil, greedy Zios to discredit the socialist cause.

With the Lucifer of the left dispossessed, aside thrust and chucked down, his pandæmonium of a following is struggling to get its voice heard in the party. After an anomalous and predictably disastrous period of far-left leadership, they are back in their traditional role of sloganisers and hecklers. So through Sir Keir’s keynote speech at the conference, they shouted slogans and heckled, and did their cause no good at all.

It’s not clear why anyone would think heckling their party leader’s speech at all a particularly constructive use of their time; still less, heckling while Starmer was talking in maudlin and tearful tone about standing at his mother’s bedside in an intensive care unit.

If the hecklers had at this stage yelled “pass the sick bag Alice”, they might, however cruelly, have had a point. But their crass insensitivity just sickened everyone watching in the hall, and disgusted the wider audience.

It made you wonder what happened to the days when hecklers at Labour Party conferences were bundled out of the hall and duffed up by a gang of heavies. It also makes you wonder if the presence of a few semi-feral trots was actively welcomed at the conference, as a way of showing the country just what it is that Labour has moved on from.

Some go so far as to suggest that the hecklers were put up to it. That’s unlikely. It’s right that one woman who yelled spit-flecked abuse at the podium (having lifted up her visor to facilitate this) had been a minor reality TV contestant. But if the simple, uncomplicated hate on her face as she screamed at Starmer was all an act, she deserved a far more distinguished showbiz career.

Whether or not there was an element of Grand Guignol to the heckling, Starmer did a decent enough job of responding to it. He put on his Emperor Penguin face, ignored their howls, and got on with boring the left into submission.

The speech ground on, unpardonably, for more than an hour and a half, and by the end Starmer did appear to have ground the hecklers down. He will have a bigger task in grinding away the toxic electoral stain of the Corbyn years, and persuading the country that he and his party are fit to form a government.

For such a long speech, he managed to say very little. Most of it was mood music (leaning towards “I Vow to Thee, My Country” rather than “The Red Flag”). On the big issues of the day –Brexit chaos, and the economic damage wrought by Covid-19– he had little new to offer.

Starmer once had a very clear Brexit policy, but the electorate –unfortunately– didn’t like it. There was nothing convincing in the speech about how a Labour government would do Brexit better than the Tories.

On the pandemic, Starmer had the maudlin face back on and complained bitterly about 130,000 old and sick people being carried off by Covid-19, as opposed to any of the more familiar diseases; the next of which to hit them would have carried them off in any event.

But under Starmer’s leadership, Labour had nothing to say against the UK Government as it pursued a scorched-earth economic policy in the fight against the Coronavirus. Starmer shares Boris Johnson’s guilt for the financial consequences of the lockdowns. Also, Boris’s ‘Captain Hindsight’ label still sticks, and Starmer can’t attack the Government for failing to lock down sooner in the deadlier second wave without looking opportunistic.

Sir Keir was on firmer ground when he spoke –from his own substantial experience– about the criminal justice system, which has taken a real battering under the Tories. And about education (“so important I am tempted to say it three times.”) Without ever quite mentioning Blair, he drew heavily on Blair’s legacy to persuade his party and the country that Labour can re-learn how to win elections.

You don’t do that by being seen as an unpatriotic (or actively anti-British) Islington clique.  “Here in this conference hall,” Starmer told his audience “we are patriots. When we discuss the fine young men and women who represent all our nations we don’t boo. We get to our feet and cheer.” And plenty of people there did.

Despite an 80-seat deficit to the Tories, Keir Starmer may still be in with a chance in 2024. His overlong, undramatic and patently sincere speech presages how he and his plodding leadership might yet cut through Boris’s flim-flam before the next General Election. Three years is a lot of time for the country to tire of Boris Johnson.

Wales is an Electricity Exporting Superpower, why are our citizens facing a fuel crisis this winter?

Badger, Freedom, and the Pretend Patriots