Home » When the Badger’s away the Fox will play 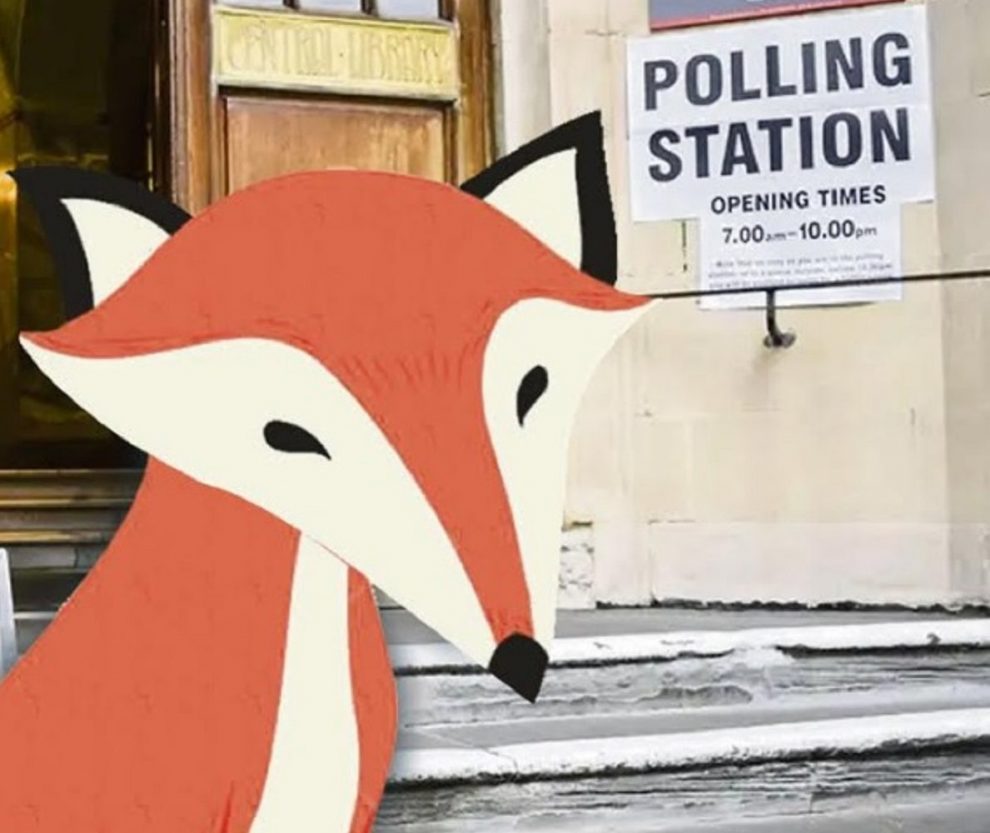 MY DEAR friend Badger met me at The Lower Priory last week to chew the fat.

And we nattered about what Cadno could write about while the old grump was away on his hols.

Whatever you do, he warned me, never look at Pembrokeshire’s social media and don’t take the mickey out of how awful it is.

Something about gremlins getting wet after midnight was darkly mentioned as he slurped his pint of Hedgehog.

That’s what true friends do for each other.

After leaving The Priory, Cadno popped along to Fishguard and Goodwick for a bit of a visit.

The smell of discarded takeaway food wrappings, chips on shoulders, and the pervading stench of misery and despair were just too much for a hungry fox to ignore.

There is little or nothing that cannot be spun into bad news.

Yeah, but the Port is still doomed.

Does someone have an idea about how to improve the streetscape?

Yeah, but the cost and upkeep will be too much.

Let’s sulk and tell everyone else we’re sulking, so they sulk along, too.

Talk of upscaling and improving Fishguard and Goodwick’s tourist offer is a positive move.

Some people’s attitude suggests that renaming the area Cape Dismal would be many residents’ first choice.

At least, if you look at the town’s social media, that appears the case.

If you gaze at Fishguard’s largest social media group for too long, you can feel your paws itching to take a shotgun lullaby.

Other towns in Pembrokeshire have their fair share of moaning minnies, in Pembroke Dock, for example.

The entire purpose of at least two Facebook groups there, for example, seems to be to complain about each other.

Sometimes it’s a shame that the opportunities of free expression and sharing views conferred by social media boil down to insular and self-selecting groups insulting each other.

The benefit of social media, like television nowadays, is that you can always pause watching the adverts and restart for the comedy.

Of course, on Facebook, a lot of the comedy is unintentional.

When the story comes to be written about how inward migration changed Pembrokeshire’s coastal communities, historians will reflect on how the two towns ended up so neatly divided between Tom and Barbara’s Good’s pompous do-gooding descendants and those of Victor Meldrew and Alf Garnett.

It’s not all bad, far from it.

There really are people in Fishguard and Goodwick trying to make those towns better, brighter places.

Some people love their community and want to help others feel the same.

But look at the real upsides.

The towns have successful sports teams (and, this season, a new cricket club).

There is natural history – and a lot more history than ruddy Jemima Nicholas, the desperately lazy default setting.

And nobody ever mentions Under Milk Wood or Moby Dick.

The worst impression that social media gives of Fishguard and Goodwick is that those engaging in it aren’t a community but a grudge.

Imagine you’re a potential visitor to the area.

You find the local Facebook group with the most significant number of members.

Even if you’re not sure what ‘Ymlaen’ means, it sounds like the very place to find out how much locals love their town and look forward to the future.

Fifteen minutes of wrist-slitting reading later, you’re considering an Airbnb on the Mount Estate as a better alternative.

That highlights the problem with opinions presented as unchallenged facts.

Social media rewards those who say the outrageous, the biased and the manifestly untrue.

Facebook is the friend of the attention-seeking blowhard; the bigot; the fuzzy liberals who preach diversity and inclusivity but practise division and exclusivity; the closet arm-lifters, white supremacists, hate-mongers, conspiracy theorists, and perennial whingers about anything and everything.

The more bonkers and offensive those “persons’” comments, the more people respond to them and the more exposure they get.

Cadno looks at Pembrokeshire’s social media and some of the filth floating in it and doesn’t hesitate to suggest that some people either need powerful medication or time away from the keyboard in a friendly, padded cell wearing a jacket with one long sleeve.

And if they don’t, the little turds bobbing alongside them in the same cesspit certainly do.

People’s lives and livelihoods are being threatened by the sort of scum whose main aim in life is to restage the Berlin Putsch in Wetherspoons and digitally re-enact Kristallnacht on social media.

Last week, Badger sent me a copy of The Pembrokeshire Herald.

It’s like watching two bald men fight over a comb.

It was an exciting story, and Carli Newell told it well.

But has being a councillor come down to this?

Cadno is a rare visitor to Pembrokeshire, so he looked up the individuals concerned on social media.

Gosh and golly! That was an experience he doesn’t want to repeat.

Two men, who really should know better but evidently don’t, acting like caged monkeys throwing faeces at each other online in front of the tens of people who give a flying fox.

Cadno would use the word ‘infantile’. But he’d probably be accused of child abuse by the more demented followers of one of those concerned.

He’d use the words’ hissy fit’, but he’d probably be accused of stereotyping by the other’s followers.

Whether they’re marching to ‘The Future Belongs to Me’ from Cabaret or gyrating to ‘Do You Wanna Funk?’, based on what he’s read in last week’s Herald and online, Cadno regards both councillors as culpable.

Not equally guilty, but both are, nonetheless, culpable.

Cadno doesn’t particularly care about whose politics is what and who started it. He doesn’t have a conker in the tournament.

However, he hopes most sincerely the electors in Pembroke Dock stop this nonsense in May 2022.

Matt Hancock made mugs of us all
Herd Immunity 2 for England, What next for Wales?
Comment