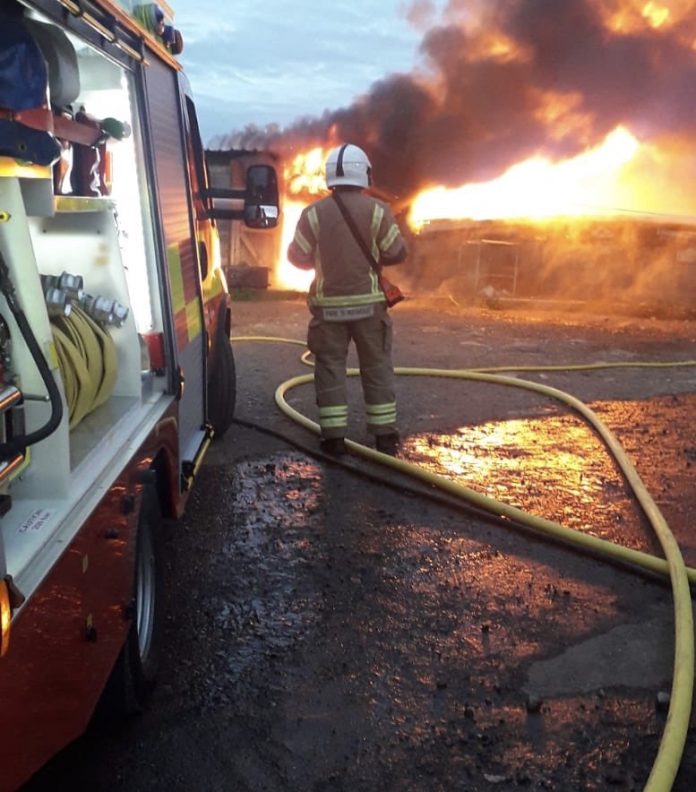 A LARGE farm fire has killed up to 16,000 chickens at a farm in mid Wales.

Fire crews from Mid and West Wales Fire and Rescue Service were called to the agricultural blaze in a large metal shed near Llanfair Caereinion, near Welshpool in Powys, at about 23:30 HRS on Thursday (Mar 25).

Mid and West Wales Fire and Rescue Service added: “A second shed, also containing about 16,000 chickens, was unaffected by the blaze.

The spokesperson addd:” Six appliances helped fight the fire and officers added an investigation will begin once the wreckage had cooled down.”

Aberdyfi RNLI volunteers nominated for St Davids Award
Review of the Union: the same but more so
Comment