Home » Children learn about the horrors of war PUPILS AT Tavernspite CP School had a brilliant day recently at Morfa Bay Adventure Centre, Pendine at the opening of the ‘Back to the Front’ experience.

The event officially opened the 100 metre real-life World War One trench system that is fully equipped with sandbags and barbed wire. The system has a frontline trench, an officer’s dug-out, communication trench and a delousing area. It also has ‘funk holes’, where soldiers may have slept, a toilet area and a cleaning area.

The children from the school were treated to the tour around the trench by Morfa Bay Director Andy Edwards who was the brains behind the project.

“I couldn’t believe how interesting it was. I learned more about the war today then ever before. It really made you understand how terrible it was for the soldiers”, said year six pupil Holly Owen.

The schoolchildren then joined pupils from Lamphey School for the formal proceedings in which the trench was officially opened by 92-year old Pendine resident and member of the local branch of the British Royal Legion Mr Morris Baker, who went through active service in the Second World War.

Headteacher, Kevin Phelps said, “I am very grateful to Andy and the other directors at Morfa Bay for inviting us. The children had a very interesting day. The trench is completely life-like and teaches children and adults alike about the horrors of war. It was a totally amazing and humbling experience.” 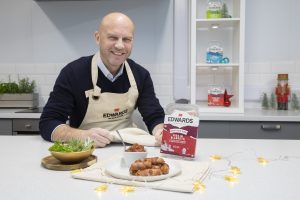 Dangers of flu during pregnancy: Welsh mums urged to beat flu
Age is no barrier for marathon debutant
Comment