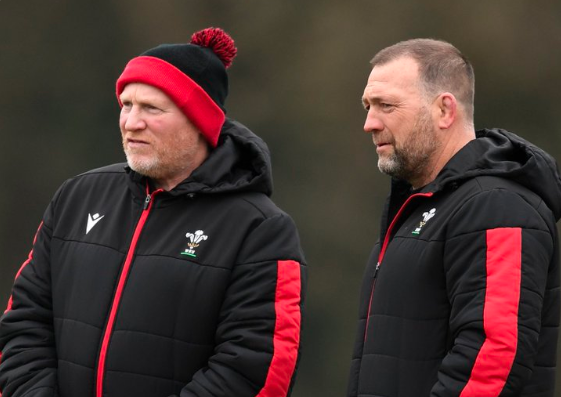 Jonathan Humphreys and Neil Jenkins will stay on as part of Warren Gatland’s coaching team – as the new Wales boss confirms the first elements of his back room staff ahead of the 2023 Guinness Six Nations.

Humphreys, a former Wales international hooker and captain, was Ospreys forwards coach and worked with Scotland Rugby and then Glasgow Warriors before joining Wales under Wayne Pivac in 2019 and he will continue to coach the forwards under Gatland.

Jenkins, who remains Wales’ all-time top point scorer from his playing days, is also retained – he was first appointed as a Wales skills and kicking coach under Steve Hansen in 2004 and worked with Gatland throughout his first tenure at the Wales helm from 2007 to 2019, before transitioning to the Pivac regime.

As Humphreys and Jenkins are confirmed, Gatland has also indicated he will bring in new blood in the New Year, for coaching roles which look after both attack and defence after releasing Stephen Jones and Gethin Jenkins from these positions.

Gatland re-inherits much of the analysis, strength and conditioning and medical staff which he left behind in 2019 and is not expected to make any further changes in this area, with team manager Martyn Williams – the man he famously persuaded to come out of playing retirement during his debut season in charge in 2008 – also staying on.

The search is ongoing for new attack and defence coaches, with both positions expected to be filled in January, ahead of the Six Nations and the 2023 Rugby World Cup in France.

“We are delighted that both Jonathan and Neil will stay on and be a part of Warren’s new team,” said WRU CEO Steve Phillips.

“The very nature of a change-over at the helm of a national team brings with it the possibility for change and evolution elsewhere in the back room staff.

“I know both Stephen and Gethin understand this part of the process and they should be commended for the good grace with which they have accepted the decision.

“We have appointed a very experienced and senior head coach, one of the best coaches in the world game and Wales’ most successful ever coach, and it is important to now ensure that he is afforded the very best opportunity to succeed.

“That means giving our maximum support as Warren seeks to build the right team around him – with the right blend of skills and character to suit his own style – to achieve success for Wales in the short amount of time available and we look forward to making further positive appointments in the New Year.”

Jones joined Wales’ back room staff during the 2019 Rugby World Cup, under Gatland, having been appointed to Wayne Pivac’s coaching staff as part of the succession planning put in place by the Welsh Rugby Union.

He has previously coached at London Wasps and, with Pivac, at the Scarlets.Jenkins joined Wales as technical coach, breakdown/defence, in 2020, taking over from Sam Warburton.

He began his coaching career with Cardiff Blues and Cardiff RFC was also a defence coach for Wales U20.

“We thank both Stephen and Gethin sincerely for their dedicated services to Welsh rugby as senior men’s team coaches,” added Phillips.