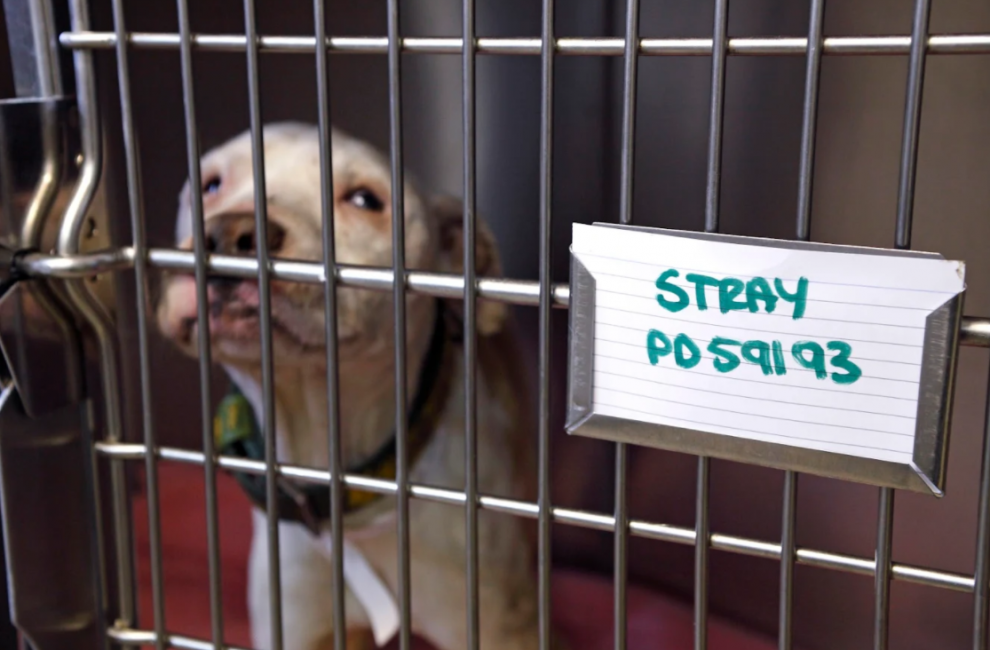 RSPCA Cymru has praised public bodies across Wales, as it hands out 13 awards to eight organisations going “above and beyond” for animal welfare – offering a “lifeline” for many animals amid the ongoing cost of living crisis.

Local authorities, housing providers and contingency planners across Wales have been praised for the services they deliver for animals; and recognised as part of the RSPCA’s prestigious PawPrints recognition scheme.

Criteria for the gold PawPrints awards include proactive work to encourage responsible pet ownership, discounted microchips for pets in the social housing sector and partnerships with local animal welfare charities – all steps likely to be crucial in helping pet owners through the cost of living crisis.

Winners include Cardiff Council’s Cardiff Dogs Home – who have partnered with ‘The Rescue Hotel’ charity to recently build a new health centre providing low-cost vaccinations, flea and worm treatments, neutering procedures and dental care for dogs. This year, the local authority has been recognised for their stray dog, kennelling and contingency planning services.

Cardiff Council cabinet member with responsibility for Cardiff Dogs Home, Cllr Dan De’Ath, said: “All the dogs we look after deserve the highest possible standard of care and we’re delighted that work we’re doing in partnership with our charity partners The Rescue Hotel has been recognised with these PawPrints awards.

“Owning a dog isn’t cheap, and as the cost of living crisis deepens the preventative work we do is becoming increasingly important – ultimately we want all Cardiff’s dogs to live in homes where they are well cared for and loved. Helping reduce the cost of owning a dog by providing essential veterinary services at more affordable prices, means we can help keep more dogs and their owners together.”

Animal Licensing Wales was awarded the coveted Innovator in Animal Welfare award. This award is given to an organisation that is having a positive effect on animal welfare by delivering an innovative scheme in any policy area.

On behalf of Trading Standards Wales, Monmouthshire County Council – as the employing authority – delivered a project funded by the Welsh Government to develop consistency in conditions, inspections and enforcement in relation to animal welfare. The growing team delivering the project is formally known as “Animal Licensing Wales”.

Lee Gingell, the RSPCA’s public affairs manager for local government, said: “We are absolutely over the moon to see these eight public bodies across Wales picking up PawPrint awards this year. In particular we are delighted to see Animal Licensing Wales receive the Innovator in Animal Welfare award.

“Providing a coordinated, consistent and improved service for Welsh businesses and consumers, Animal Licensing Wales is working in partnership with local authorities to deliver a City & Guilds qualification – developed with the National Pet College – to 45 officers in Wales responsible for animal activity licensing.

“Animal Licensing Wales is also developing a one-stop website to provide a centralised application process, a single point of reference for advice and guidance, and an easy place for the public to report animal welfare concerns and complaints.

“By sharing expertise, knowledge and resources, the innovative project is providing resilience for local authorities and support for both businesses and consumers. It’s improving the efficiency of resources and, in doing so, improving the welfare of animals right across Wales.”

Amid the challenging economic climate, the RSPCA is “thrilled” with the level of engagement with the scheme.

As well as the 13 awards in Wales, 57 were handed out to 42 organisations in England.

Lee added: “It is a tough time for many pet owners, as the cost of living crisis continues to bite – so we know many of the schemes and procedures that PawPrints recognises will be more important than ever; so we are thrilled to see such high engagement with the scheme yet again.

“From programmes to encourage responsible pet ownership, to discounted microchipping and policies to protect animals during emergency situations, there’s so much great work that goes on behind the scenes from public bodies – and, in this climate, these services are so often a lifeline for pets and their owners.

“Too often, this work is unsung and doesn’t get the credit it deserves. PawPrints is all about shouting from the rooftops – that 50 public bodies, across England and Wales, are going above and beyond for animals; looking way past statutory minimums because it’s the right thing to do – for humans and animals.”

More information on the PawPrints awards can be found online.