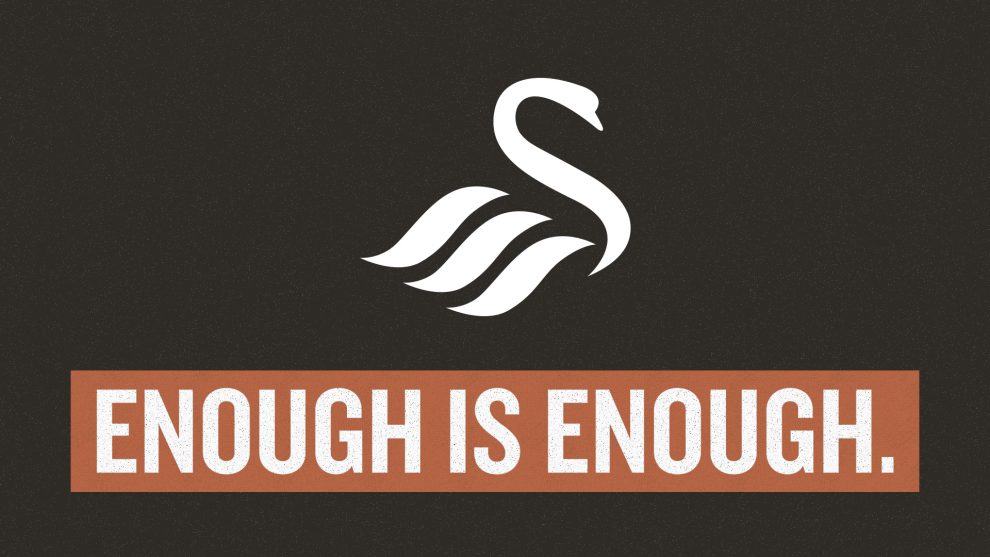 SWANSEA CITY FOOTBALL CLUB will not post anything on its social media platforms for the next week in a stand against online bullying.

Cases of footballers and other professionals being abused has risen in recent times but the club has said ‘enough is enough’.

Three of Swansea’s players were also recently subjected to what the club described as ‘abhorrent’ abuse.

The boycott started at 5pm on April 8 and all first-team players, those in the academy professional phase (under-23s and under-18s), Swansea City Ladies, our Community Trust, senior club staff and official club channels (Facebook, Twitter, Instagram, LinkedIn, YouTube, TikTok and Snapchat) will not post any content for a period of seven days.

The decision has been taken as a result of conversations between senior club staff, players and management.

The Club said: “We feel it is right to take a stand against behaviour that is a blight on our sport, and society at large.

“We will always be unwavering in our support of our players, staff, supporters and the community that we proudly represent, and we are united as a club on this issue.

“We also want to stand with players from other clubs who have had to endure vile discrimination on social media platforms.

“As a club we are also acutely aware of how social media can impact on the mental health of players and staff, and we hope our strong stance will highlight the wider effects of abuse.”

Additionally, chief executive Julian Winter has sent a letter to Twitter CEO, Jack Dorsey, and Facebook’s founder, chairman and CEO, Mark Zuckerberg to reiterate the club’s stance and desire to see social media companies introduce more stringent policing and punishments for those guilty of the appalling and cowardly abuse that has sadly become far too common.

The club has said that they will post club news via its official website during the boycott before a return to social media activity on Thursday, April 15.

Swansea City would like to thank its sponsors and partners for their support on this matter, as well as the EFL.

“As a close and diverse group of players, this is something we all feel extremely passionate about,” said Swansea City captain Matt Grimes.