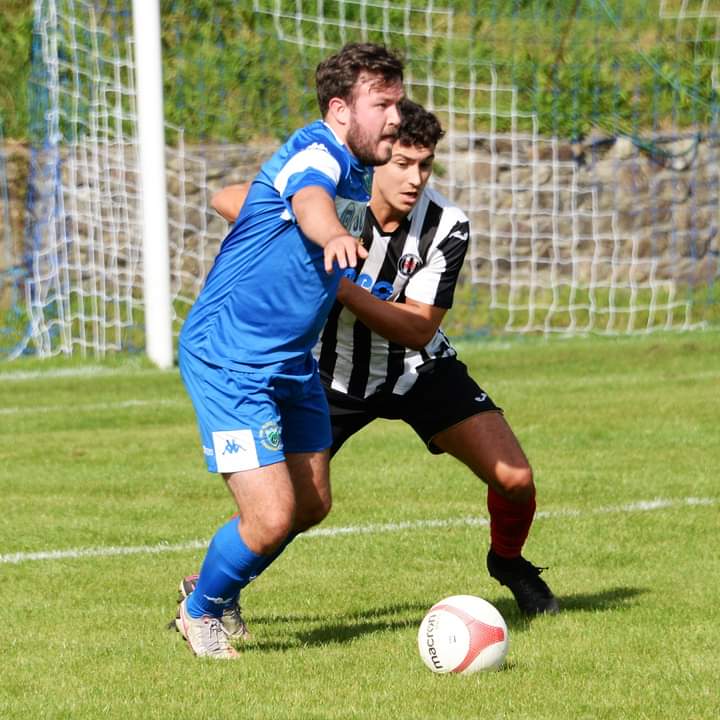 CWMAMMAN United earned their first three points of the season with an impressive all round performance as they overcame Cardiff Darconians through a sublime Gwion Howell finish at Grenig park on Saturday (Sept 17).

Cwm started on the front foot and their passing and movement was excellent and they twice came close early with Gwion Howell clipping the outside of the post while Sion Dafydd Williams pounced on a back pass but could just not quite get enough leverage on his attempt.

They then saw a 25th min goal by Williams ruled out for a tight offside. With Charlie Davies and Scott Jewell having strong games in the middle of the park Cwm looked the likeliest to score but there was a real scare when a defensive slip required a superb save from Kai Rees in the Cwm goal to keep it goalless.

Kyle Ashford and Keiran Richards continued to run hard at the Dracs defence causing problems but the first half remained goalless.

The strong second half push back that Cwm expected from the Cardiff side didn’t materialise and Cwm continued to have the better of the play. Grant Rees and Callum Dougal were strong at the heart of the defence while Leon Coucher and the ever threatening Cory Saunders were launching attacks from out wide.

Eventually the goal came when some neat interplay saw Howell with his back to goal and the ball at his feet. A superb turn moved the ball to one side and he then fired it across the keeper to the opposite corner..

Great celebrations before Cwm immediately settled determined to see this one through. With Davies continuing to push his team forward and subs Alex Giardelli and Harrison Thomas stretching the Dracs side Cwm saw it through without too much worry.

An excellent performance of which manager Paul Lewis said: “Great to get that first win with the boys who applied our team plan superbly today and they really deserved that result.”

Cwm now look forward to another challenge as they travel to play near neighbours Garden village on Friday evening (Sept 23).