Home » Newport edge Vale to extend lead at the top 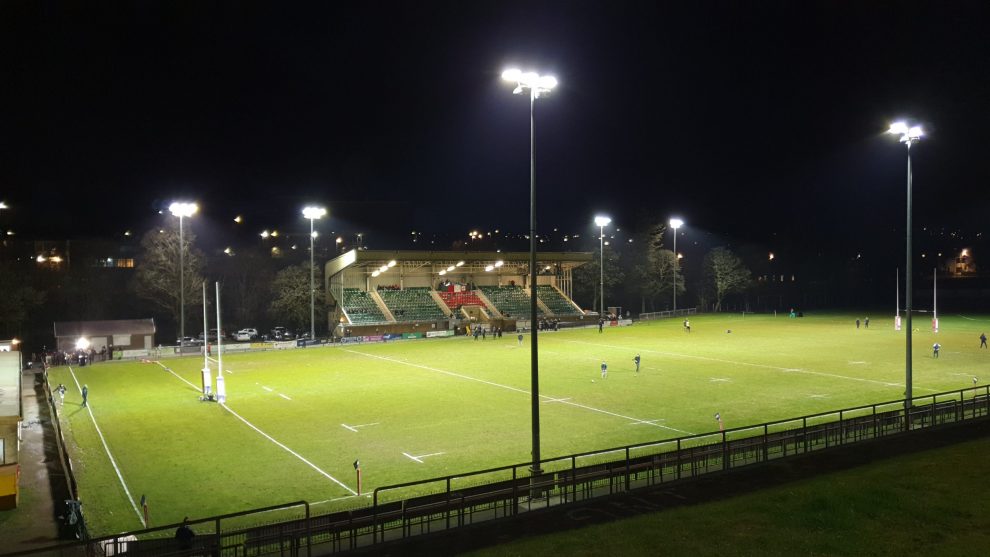 NEWPORT extended their lead at the top of the Indigo Premiership on Thursday night (Feb 24) as they beat Ebbw Vale 22-29 in the Gwent derby.

Newport put the pressure on the home side in the opening minutes of the game and they were rewarded with the opening try.

They worked the ball to the right for Jon Morris who nearly stumbled as he caught the ball but he regained his composure to touch the ball down.

With 12 minutes gone Morris touched down again and Will Reed converted to make it 12-0 to the visitors.

Reed then added a penalty on 25 minutes to make it 15-0 before Ebbw began to hit back.

Evan Lloyd went over for a try for the home side and he then converted to bring the score to 7-15.

The score remained the same until half time and the home side’s try had given them hope of turning the game around in the second half.

However, those hopes were dented early on as they were reduced to 14 men following a yellow card to Lewis Young.

And soon after it was Newport who scored to extend their lead.

Cam Lewis powered his way over and Reed then added the extras to make it 22-7.

Luke Crane was then shown a yellow for the visitors and Evans then landed a penalty for the home side to make it 10-22.

Despite being down to 14 men Newport scored their bonus point try on 55 minutes. Matt O’Brien played an excellent kick-pass through to Ben Roach who cut inside and went over to touch down. Reed then added the extras to make it 10-29.

Ebbw then enjoyed a good spell of pressure which ended when Joe Thomas touched down after a rolling maul. Rhys Jones then added the extras.

As the clock ticked down, the home side looked for another try which would have brought them to within losing bonus-point territory.

That’s exactly what they got as Thomas was again credited with the try as a maul pushed their way over the line.

There was still time to restart the game and Ebbw went in search of another try which, if converted, would have earned them a draw.

With the time on 85 minutes, they thought they had got it but after consulting the TMO their decision was that there was no clear grounding and that the ball had been held up.

That brought an end to the game and Newport breathed a sigh of relief.

Ebbw Vale are next in action on Saturday, March 5, when they travel to RGC.

Newport’s next game takes place a day later as they travel to Parc Y Scarlets to take on Llanelli, kick off 2:30pm.