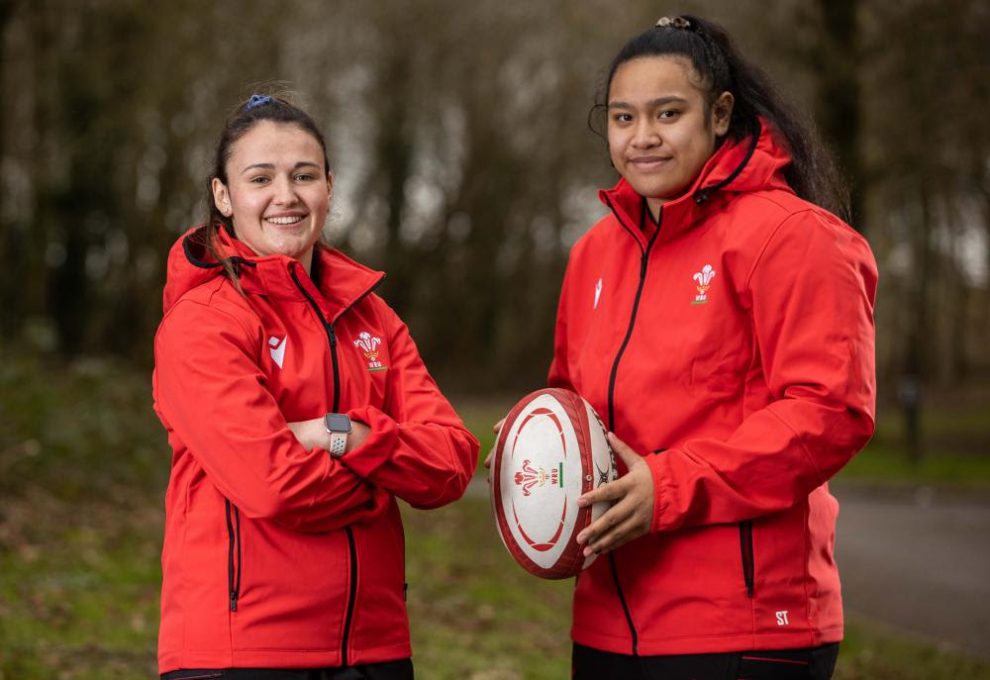 Wales Women head coach Ioan Cunningham said, “Both players are very exciting prospects and it was great to get to know them better in our recent camp. We were very keen to get them into our environment as we feel they have huge potential. Sisilia is so young but the impact she could make over the coming years is massive. Now that she is able to train with us weekly, we feel her potential to develop physically and technically is off the scale.

“We were keen to chart Kayleigh’s progress since returning from injury and it was great to see her in our camp last week. She’s got a good kicking game and distribution skills and gives us balance within our back three .”

Powell, 22, has earned five caps since her full Wales debut against Ireland in 2019 and has fought back to fitness and form after a series of injuries last year. She works as a participation officer for Ospreys in the Community and retainer contract means she has been able to shift from full-time to part-time in that role. She first started playing at Llantrisant Primary School, Llantrisant RFC and then Pencoed Phoenix and has featured heavily in Wales Women age grade and senior sevens sides.

While eighteen-year-old Sisilia Tuipulotu grew up playing rugby with her family, she only started playing competitively when she joined Hereford College sixth form aged 16. WRU female age grade lead Liza Burgess, then senior academy head coach at Hartpury, invited her to academy training. She is now playing in their Allianz Premier 15s side alongside studying for a psychology degree at Gloucestershire University. Sisilia’s dad Sione was a utility back for Tonga and Newport where Sisilia was born.

Sisilia said, “It feels amazing, especially given my age and how long I’ve been playing.

“Rugby has always been big in my family just playing touch and passing the ball around with my brothers and cousins. My dad played for Tonga and Newport and my cousin Carwyn plays for Scarlets. Watching what they do inspires me to be like them or even better. My aim now is to get my first cap, either in the Six Nations or in the World Cup which is around the corner.

“Liza contacted my uncle to invite me to training in Glouester, and she coached me there and for Gloucester-Hartpury before moving to Worcester so a big thanks to Birdy for everything.”

Sisilia is settling into the Wales Women environment. “I was nervous at first but the girls have been really welcoming since being involved, I feel at home each time I come to training.

“The Uni are supporting me all the way with this opportunity, I will catch up on Uni work whenever I get a chance.”

As for the future, that first cap is the next big target. “Words can’t explain how much it would mean to get my first cap, everyone in my family would be so happy.”

Kayleigh is equally thrilled to be back in the mix after a tough year through injury.

“It feels amazing to finally get some more time to dedicate to rugby. It’s still my dream to get a full-time contract but this is a fantastic step in the right direction.

“Ospreys in the Community have supported me so much throughout my rugby career and they’ve allowed me to drop some days in order to take up this opportunity.

“It’s been a tough journey over the last year or so but I’ve also enjoyed that challenge in a way, knowing how hard I had to work but also knowing the rewards could be there if I did. At the training camp last week I wanted to prove what I could do and I’m so pleased the coaches have put their faith in me.

“My targets now are to get back to match fitness and develop my skills across the pitch from tackling, kicking and catch-pass.

“I was lucky with my rugby pathway coming through mixed mini rugby with Llantrisant then Pencoed Phoenix girls teams before being picked up by Ospreys U18 and Wales Sevens U18 sides and then the senior setups. But I know it can be tough sometimes growing up and these contracts show young girls what they can do if they want to. When I meet girls through my work I advise them to take every opportunity that comes their way be it to play rugby or other sports too.”