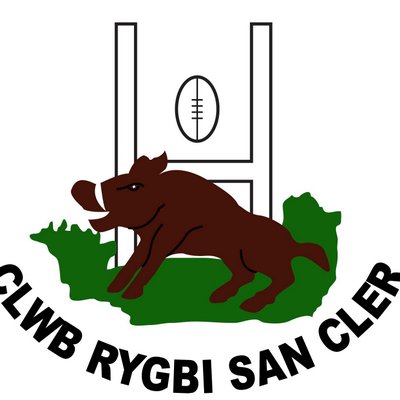 ST CLEARS kicked off with the elements behind them in front of a more than healthy crowd on Saturday (Oct 1), in what was their first home game of the season and what was also the Quins first away game.

The Homesters were over the Quins line twice in the opening 10 minutes, first veteran Prop Gareth Jones and then Centre Jack Howells both touched down to put the Quins up against it right from the off, both were converted by Centre Dan Griffiths to give his side a 14 Point lead

Ten minutes later Full Back Scott Newton waltzed through the Quins defence for his sides third try, which went unconverted.

The all important bonus try soon followed when No 8 Tom Mason scored half way out Dan Griffiths converted and with the score at 26-0 his side looked out of sight.

The Quins did hit back through a try from Flanker Hywel Baker converted by Euan MacDonald to give them some hope, but right on the half time whistle Right Wing Jacob Williams touched down half way out Dan Griffiths converted to send his side in 33-7 at the break.

The second half was a very turgid affair, with stoppages every few minutes, the Quins stuck to their guns with a much better defensive display forcing errors from the home side.

They were also very unlucky when the bounce of the ball denied them what seemed some good scoring opportunities.

It was not until the last play that St Clears added their final try through replacement Centre Shane Morgan converted by Dan Griffiths.

Next Week the Quins have another tough match against Lampeter at Bierspool while St Clears visit Tregaron.