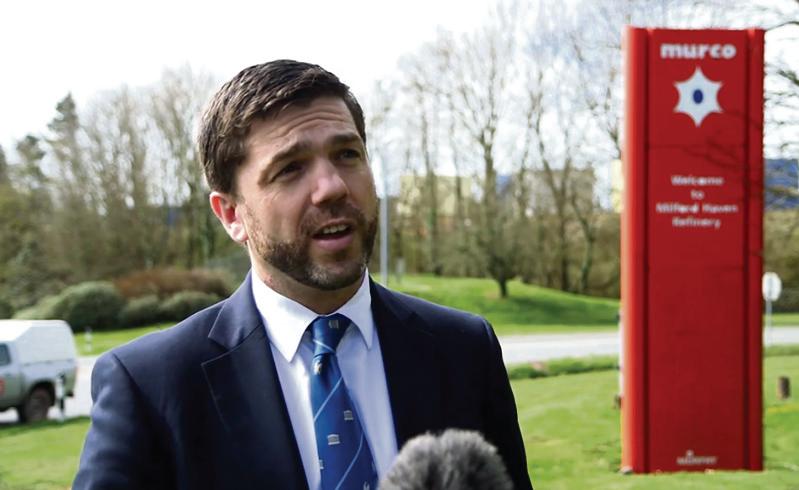 MURPHY OIL has agreed to sell its Milford Haven refinery in Wales to oil entrepreneur Gary Klesch, who vowed to maintain operations at the struggling plant.

The sale, which follows several failed attempts to sell the 135,000 barrels per day refinery over the past two years, will see Arkansas-based Murphy Oil exit most of its British operations.

The price of the deal was not disclosed.

“We look forward to using our considerable industry expertise to return the site to profitable growth,” a Klesch Group spokesman told The Herald.

“By taking a long-term investment view we aim to secure the future of this refinery for its employees and the broader community.”

Bryan Kelly of Murphy Oil Corporation said: “Murphy Oil is pleased to announce that a deal has been agreed for the sale of the Milford Haven Refinery. We have worked tirelessly to find a workable solution that would see the refinery remain open, and are delighted that a positive outcome has been reached. The company is extremely grateful for the patience and professionalism of Murco employees, without whom a deal would not have been possible.”

Murphy halted production at the ailing plant in May after failing to strike a deal with London-based private equity fund Grey Bull. The Klesch Group is a global industrial commodities business, with three divisions specialising in the production and trading of chemicals, metals and oil.

Stephen Crabb later told The Herald: “I am delighted that Klesch Group have today formally agreed to purchase the Murco oil refinery in Milford Haven, following an agreement in principle reached last month. Gary Klesch has a strong track record of reviving businesses in loss making industries and I was pleased to be able to bring him into the negotiations seven months ago. There is still more work to be done but today’s announcement is very encouraging news for the refinery staff and their families.”

Pembrokeshire County Council has welcomed the announcement: “This is good news for Pembrokeshire, Wales and indeed the whole of the United Kingdom” said the Council’s Cabinet Member for Economy, Councillor David Pugh.

He went on: “The refinery is a key component of the UK energy supply system and its retention supports and strengthens the role of the Milford Haven waterway as a global energy centre – a position recognised in terms of its Enterprise Zone status.

“The refinery supports hundreds of quality jobs in the local and regional economy, both directly and indirectly.

“Safeguarding this skill-set – and the local supply chain – has been an important focus of the Task and Finish Group which the County Council has contributed to.

“We look forward to working with the Klesch Group and take this opportunity to congratulate all partners involved in bringing these negotiations to a successful conclusion.”

The refinery has been a major employer since it opened in 1973.

According to Murco, the deal is still pending regulatory approval and subject to other material conditions.
“This transaction is scheduled to close no later than October 31, 2014”, a spokesman told The Herald.