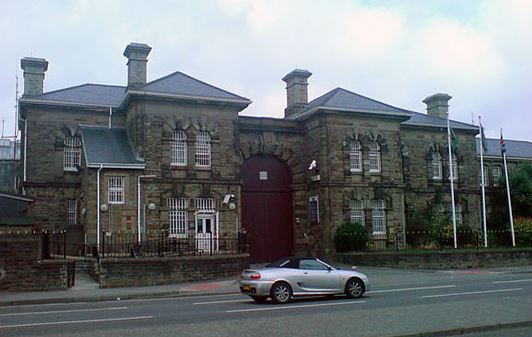 A PEMBROKE man has been released from Swansea Prison on bail following a hearing at Haverfordwest Magistrates Court on Wednesday morning.

Gavin Skates, 35, of Upper Lamphey Road, appeared by video link from Swansea Prison, and pleaded guilty to damaging his cell at Haverfordwest Police station on November 2, but not guilty to three other charges of obstructing police, failing to provide a urine specimen to police and criminal damage at Melastone Cottage, Hundleton.

Skates had also entered a not guilty plea to assaulting his partner by beating at an earlier hearing on November 4.

The CPS prosecutor told the court: “Skates was having an argument with his partner at home. She was packing his clothes and throwing them towards the door when swearing and a struggle broke out.

“The defendant then shoved his partner and she flew across the room. According to an independent witness, there was an excessive amount of force used. Skates’ partner called the police who attended the property, arrested, and then granted the defendant bail on the condition that he did not return to the area. However, the next day, the police were called again to find the defendant at the property.

“He was hammering the door, which had become damaged with gouges out of it.”

“Later police recovered a hatchet in the defendant’s door. He was intoxicated, under the influence of drugs. The officers attending found damage to a window at the property. The defendant’s girlfriend had again contacted the police as she was concerned of the effect of the banging and commotion on the two young children in the house aged five and 18 months.”

Defending Jonathan Webb told the court: “My client has four charges against him, but his partner no longer supports the prosecution case. She has contacted the police, through a third party, and made a statement withdrawing her complaint. She wants to be reunited with the defendant and the children to become one family unit once again. She misses him terribly so do the children.”

Mr Webb continued: “I believe that the charge of obstructing the police and the charge of failing to give a sample of urine relate to the same incident, when my client accidentally dropped the sample into the toilet. He did give a second sample. I am sure that a good CPS prosecutor in the fullness of time will drop one of these two charges.

“To keep my client remanded in custody is unfair. The Crown’s case at its highest is a push to the shoulder, and failure to supply a urine sample, he concluded.

Magistrates agreed with Mr Webb and granted his client bail with conditions. Skates was released from Swansea Prison on the proviso that he stays and sleeps at his grandmother’s house in Newport, Gwent, and he does not enter the county of Pembrokeshire. He must report to the Newport police station at 12 noon every day.

His case has been adjourned for trial on December 23.